Just read about this site in the NACC Buzzing Newsletter. Are there any other autocycle and cyclemotor enthusiasts here? Particularly those in the USA.

I'm located in Wisconsin and have a collection of about two dozen bikes. We're active in AMCA but would really enjoy corresponding and meeting with others into lieghtweights, motor-bicycles, etc.

Klahowya!
If you would please elaborate on the different distictions between autocycles, cyclomotors, and motorized bicycles.
If it sounds like a chainsaw and looks like a bike, I like 'em. If they go real fast, I like 'em even better. But I am not too sure of the differences, and I am also not as familiar with the older stuff as I'd like to be.
There are some guys on here that are into all that and will surely chime in.

If that newsletter in online, I'd love to check it out. What'd they say about us?

Thanks for the welcome.

The fellow who asked about the difference in bikes, especially the old stuff -

Check out the home site for the National Autocycle and Cyclemotor Club in the UK. The address is Buzzing-dot-org.

Briefly - and I am quoting or paraphrasing here:

Cyclemotors - What we in the states often call Motorized Bikes - The cyclemotor, or motorised bicycle, dates back to the dawn of motor cycling in the last years of the 19th century, but the boom period for these machines was undoubtedly the 1950s. The cyclemotors of this period usually consisted of a small engine (under 50cc) that could be attached to a normal bicycle. The positions used by different manufacturers were many and various: above the front wheel; above, alongside or inside the rear wheel; or between the pedals are typical examples. The final drive was often a roller rubbing on the bicycle tyre but other, more positive, transmissions were used.

Autocycles - The autocycle is a lightweight motor cycle with pedals, very similar to what many would call mopeds of more recent years. The autocycle was developed between the wars and, by the mid-1930s, had adopted a design which changed very little until the end of production in the mid-1950s. Autocycles are usually powered by 98cc engines; most examples used the Villiers Junior, Junior Deluxe or 2F engines. The most notable exceptions to this were the Cyc-Auto and the Excelsior Autobyk, which used their own make of engine, and the HEC, which was powered by a Levis engine. Because of the universal design it can often be difficult to differentiate between different manufacturers' machines.

i'm an old-timey gearhead who simply adores these marvelous machines...i only have the one & it'll prolly be some time before i own a "collection." meantime, this place is my collection. nice to hear we're getting some positive attention from the established clubs, too.

Welcome Larry, I would definitly fit the description of an enthusiast, but I am limited to what I can find for low bucks. The only bikemotor I have from the ealry post war era is a firedamaged lohmann engine. I would love to have easy access to all the motors that were available in Europe back in the day. i have spent a few hours perusing the buzzing website over the last few years. It's a great resouce.
S

Welcome aboard. I've got one cyclemotor in my collection at the moment, a 1954 Mobylette av33.
L

Those Mobylettes are pretty neat. I've been looking for one myself. Thanks for the warm welcome. Amazing how the internet creates an opportunity for like minds to get together! 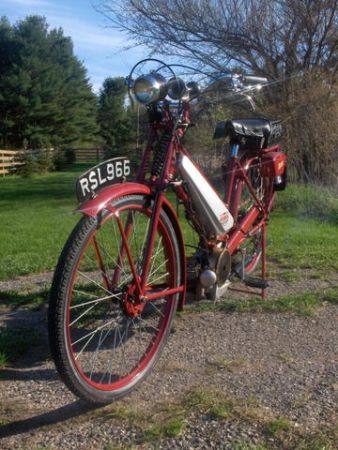 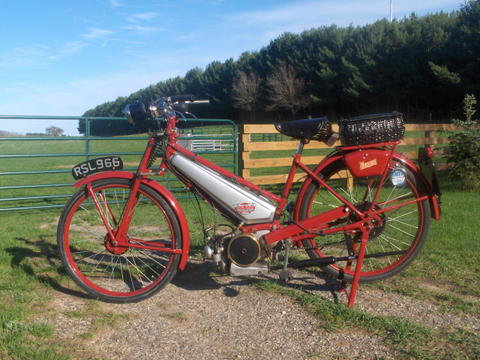