I'd already built a couple motorized bicycles over the years - nothing special - either adapted and recycled engines, or the usual China kit builds. About 6 years ago, i started building another, higher end motorized bicycle build, that kept stalling due to design/component issues..

In the Interim, i had a Problem. Declining Hip muscular condition, being a double hip replacement from 10 years ago. Stationary bicycles and the like in a 'physio' routine is simply uninspiring, demotivating to my 'Squirrel' mind.. I had to get back to two wheels involving exercise, to preserve balance and rebuild strength. I couldn't do it on simple pedal power alone - which would be a barrier to getting a motorized bicycle going, obviously..

By this point, the motorized bike build was long dormant, so time to drag yet another bicycle into the garage.. right? Makes sense.

I was looking for a full suspension bike, and found one on kijiji.ca in short order.. a Canadian marketed 'Gamma Vision' circa 2008. 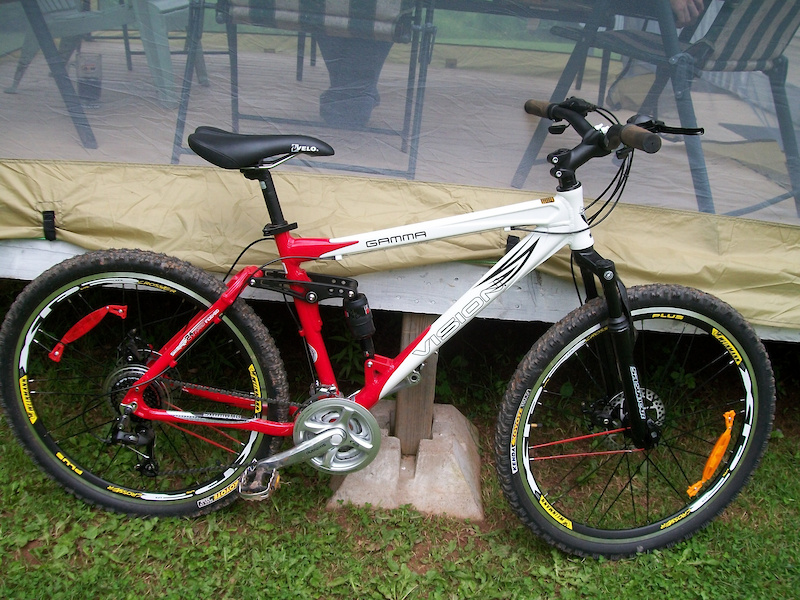 In the end, basically all but the Frame and rear shock were replaced. Some components moved on to the Motorized Bicycle on hold, but much of it enriched a local bike cooperative.

Initially it was set up in this manner.. a simple initial eMTB conversion. 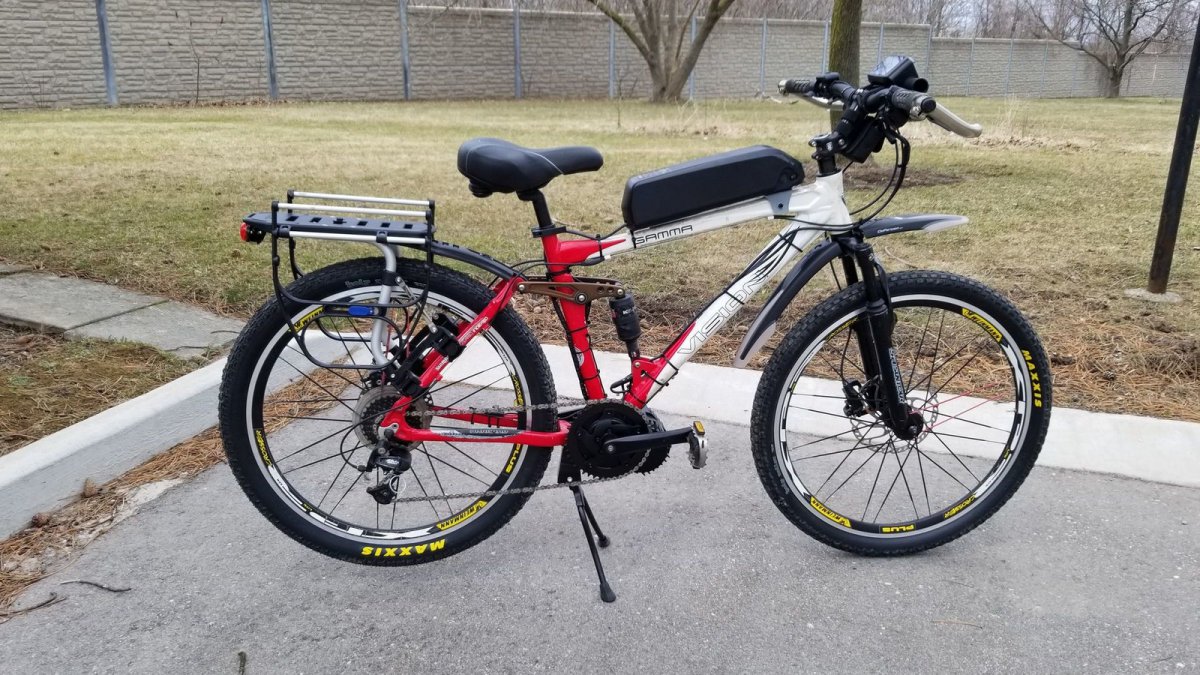 I spent the rest of the Spring and Summer chasing down mechanical weak points, identifying improvements vs need in environment i was using it in, and ended up with this final iteration. I got about 750 km in on 'Exercise' in the local ravines and trails over this summer, so well worth it so far. 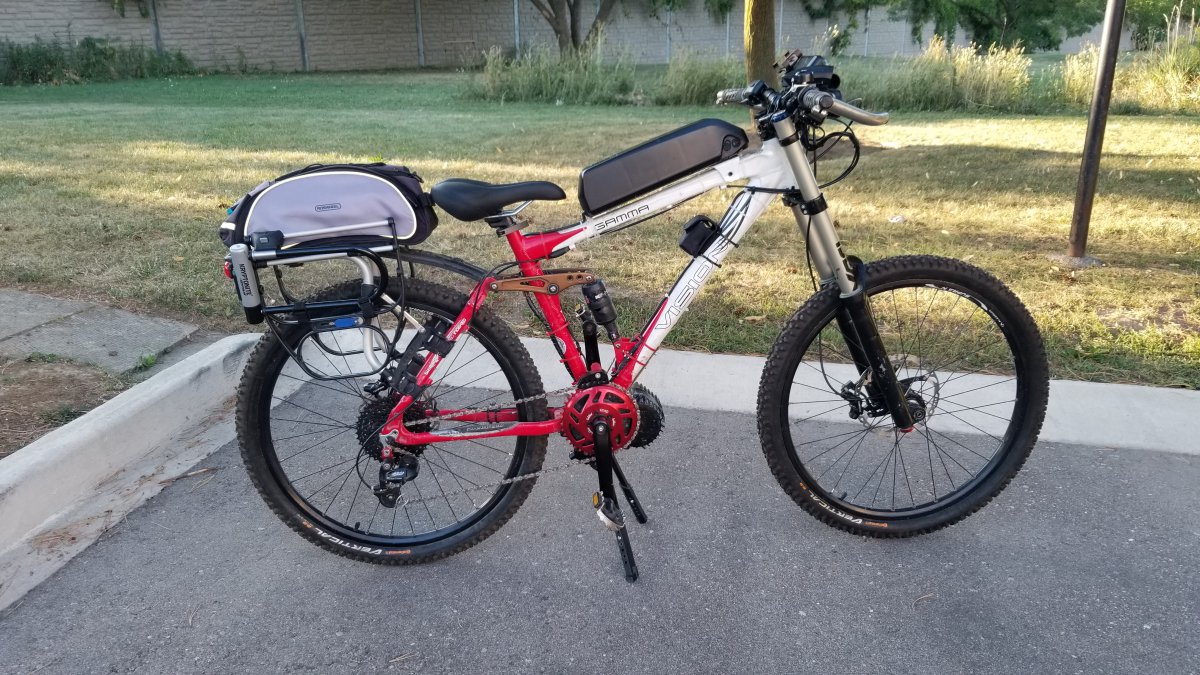 The added side-advantage of this project - it gave me renewed motivation and confidence to re-tackle the motorized bicycle project, as the riding season turns cooler - and with motivation has come creative inspiration. I've also noted improvement in own physical condition.

This is my regular power-assisted bicycle for my physio use on trails.. the gas powered rendition is expected to be the neighborhood street counter-part, when done.