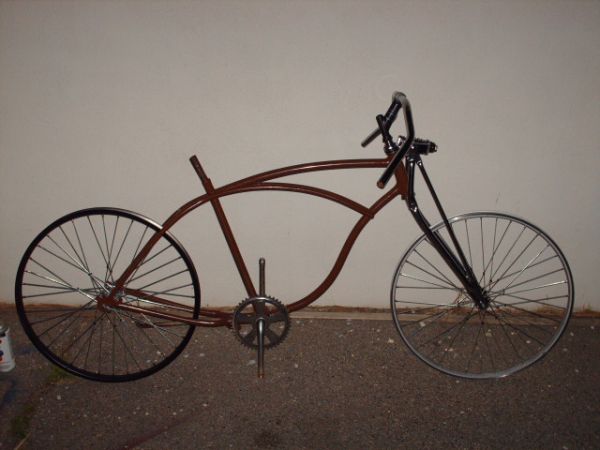 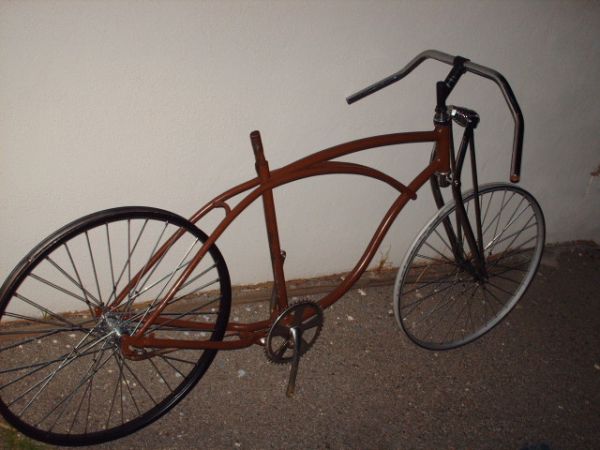 
The rear spokes are thick as hell, like 1/4 in. I swear. Unbendable. I painted the rim black to make the tire(when it's done) appear thicker, kept the spokes silver.

Looks like the raw material for a nice new build Joe. Can't wait to see the finished product!