Status
Not open for further replies.

I've been really wanting to get my bike running on Ethanol. Its cooler and the motor gets more oil than with gas because its getting more fuel per cycle.

The bike ran and ran great, it seemed to really like the mid range. The motor ran cooler for sure, my top speed actually went from 28 to 34mph. Theres just one little thing I dont like, when I'm going and let out the clutch it takes a second but it will rev up a little, then settle back down and nearly die, this issue doesn't really effect it when its sitting still. Its just a little bug I need to work out. Other than that, it runs Much better than on gas, I think I just might be a permanent convert to Ethanol.

My top speed went up nearly 15%. Not only that but I Love how much Cooler the engine runs. I was wondering if it would ever fully warm up when its idling just after I start it cool. It cools down faster after a hard run. Ethanol feels like the better fuel. It really does. The engine is getting just slightly more oil per cycle as well. It's better lubricated. I may drop the jet down to a 70 and see if it cant clean up that clutch pull out idle drop a little and play with the needle some. Everything is perfect at WOT.

Plainly put, your going to ruin your motor...The crank seals in your motor as well as the carb will be the first things to go...The crank seals and carburation are NOT designed for E-85 ethanol usage which is the reason why I, as well as others here in the forums use only ethanol-free gasoline in our motors, or only the normal 10% if Ethanol-Free is not available in a given area. NEVER 85% ethanol!

Read the following thread starting with the link provided below as well as the second link provided as to just why you should NOT be using E-85 at all in your motor...You do not have Viton seals in these cheap, Chinese, 2 cycle motors and ethanol will be the death of yours...DAMIEN 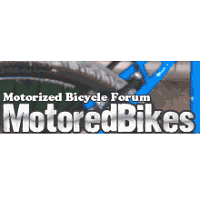 non-ethanol gas at a Citgo

\'E85 Don\'t Do It! Unless you know what you\'re doing and the pros and cons of burning this in your vehicle.

Ethanol has a corrosive action on fuel-system components, magnesium, aluminium and rubber. Running E85 on older model engines without tuning and replacing some components will ruin the engine in short time.

Replacing fuel hoses, gaskets, seals, fuel filters, throttle bodies, etc. and other components besides tuning your fuel system, can easily run the bill up since you need to change so many components to properly run E85 fuel blends.

What makes you think your getting more lubrication???...Ethanol robs you of needed lubrication properties necessary for 2 stroke motors by cleaning or stripping the oil off of metal parts, especially the lower end of the motor.
B

How is it "robbing" oil, the e85 is blended at the same ratio I blend gas. The jet is larger, common sense says larger jet, same ratio=more oil per cycle. Ethanol is no more a solvent than gasoline. IMO. Theres so much boogie woogie around Ethanol and I just never actually seen the evidence. The oil I'm using does mix very well with it. I tested this in a separate clear container. I just don't think the engines are as fragile as people think they are. Have faith in it. I've personally never actually seen any real evidence of ethanol being bad in any way. If it ends up eating a few o-rings that weren't good enough to begin with, I'm okay with that. The benefits of using it are Way worth it. Its slightly quieter, goes 15% faster, runs far cooler and gets more oil. More oil being due to the larger volume of fuel going in. Fuel mixed at the same ratio as I would mix gas.

I worked for Valvoline Oil Corp. for over 20 years...I know what im talking about...I have said my piece...You do not know what you are doing to your motor with this stuff...So be it...This is the last you will hear from me in the way of help...Maybe others will be of assistance to you when the inevitable happens...DAMIEN
B

I understand that. Theres just more real evidence as far as pictures and videos showing that it isn't bad versus any evidence at all that it IS bad. I just haven't seen it. I've seen plenty of them that usually show ethanol being superior.

Backwoods said:
I understand that. Theres just more real evidence as far as pictures and videos showing that it isn't bad versus any evidence at all that it IS bad. I just haven't seen it. I've seen plenty of them that usually show ethanol being superior.
Click to expand...

Refine your searches to old style two strokes and the answer changes! It's a fact that e85 has less fuel economy and makes less power using more of it, so I think you should keep researching as there are also alot of other bad sides to it's use as well.

Yes and separates from the oil and also eat's seals and gaskets not intended for it's use.

Backwoods said:
How is it "robbing" oil,
Click to expand...

Damien, Diesel and Street are correct, The water in the E-85 dilutes oil lubrication, It's a death sentence for a 2 stroke
B

Most of the danger myths with ethanol are founded on experience with vehicles in the early days, the 60s and 70s.

Vehicles, engine parts and whatnot have come a long way. It's all made to handle 10% minimum, and in this most makers use things that will tolerate it.

As the ultimate indicator, many, Many race cars use e85, not gasoline. Ethanol probably would hurt your granddad's 57 Chevy, but it wont hurt anything made after 2001.

The fact remains that there are ten times as much evidence showing it's not any more damaging than gasoline than any pictures or videos of it being harmful.

Problem 1-It might collect water- Keep your fuel in an an airtight container, as it already should be. Problem 2- corrosion, no proper engine seals and fuel lines made in the last 10 years is going to get eaten by ethanol, if so, the 10% ethanol already in gas would be enough to do damage(and Doesnt) problem 3- uses more fuel, So what, put bigger jet in, the increased co2 emissions are actually offset by ethanol because the co2 released by burning it is collected and recycled by the corn plants to produce that gallon of fuel again.

It's a constant chemical reaction that allows us to collect and use the sun's energy, constantly and repeatedly. Plant collects co2, makes sugar, makes alcohol, burned, released energy and that co2 is recycled. When the plant takes in the c02 it keeps the carbon and releases the oxygen for us to burn once again. Its called the carbon cycle. Were in a bubble, nothing goes out, nothing but light energy comes in in the form of UV.

I'm open minded, if someone has genuine evidence of the harm from e85, I would really like to see it. It would be an educational experience. I've never seen any though. Talk is cheap. Show me. I can show that its harmless.

Obviously the race teams wouldn't be using it If it were.

I really believe alot of the e85 bashing is propaganda from big Petrol. In Brazil it's the fuel of choice, I think if it really were harmful, there would be easy evidence displaying that. There is not.

I would think that the majority of folks with negative views of e85 probably have never touched an e85 pump in their lives. Let alone fooled around with it enough to form an educated, evidence based opinion. These are discredited. In my actual experience, there have been zero issues.

Status
Not open for further replies.