I met Augidog, Uncle punk, and Antique rider at the 19thannual Seattle Antique bike swap met. It was great fun. I arrived there with no motorbike, but immediatedly found a funky electric bike for $20USD. Rif gave me a sticker which I applied on the spot. 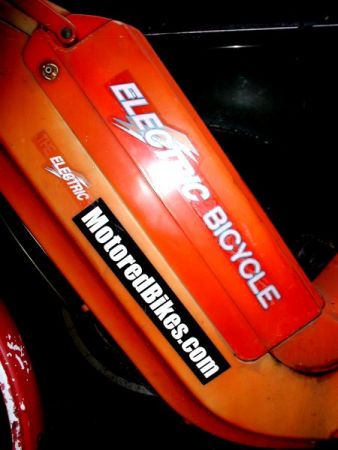 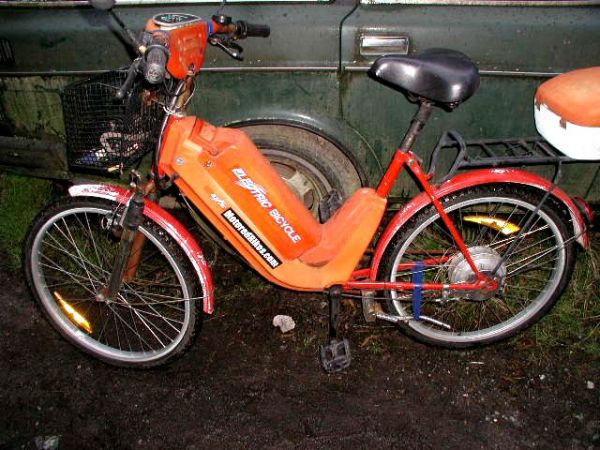 The kickstand didn't support this bike when I bought it. I found out why. The propstand support bracket welds on the chainstays had failed. I just have to fire up my torch and do the repair. I found a generic schematic for a similar chinese controller, so hopefully I can get this thing rolling under its magnetic drive soon. Here's a picture of the dashboard: voltmeter, speedometer and LEDS. 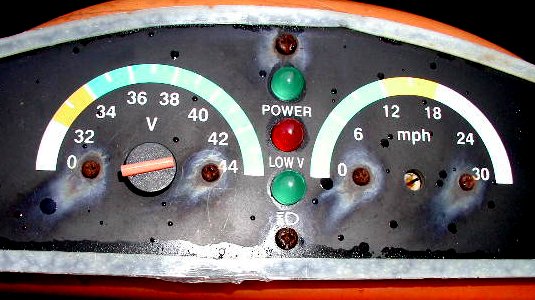 Barn Fresh would be a compliment for that thing. It looks Behind the Barn Fresh. The barn is too nice of a place to keep it.

It'll be interesting to read more posts on this project! I'll subscribe.
P

I took all the plastic shrouding oof the bike, then made a wiring diagram of the bike. I visually inspected the controller circutboard; no evidence of burned components. The batteries indicated about 5.5volts eachX3=16.5v. I was pleasantly surpised to find any charge. They should be 36+ volts. Now I need a battery charger.
P

Yesterday, I succeeded in spinning the rear wheel with magnetic forces. In my last post here, I reported detecting some voltage in the battery pack. I hooked up the batteries to a solar panel and left it connected for three weeks. I got the batteries almost fully charged. I repaired the broken wires to the throttle potentiometer. This required excavating the broken wires from an epoxy resin glob near the twistgrip before I cold splince onto the severed pairs. I was planning to bypass the key operated master electrical service switch since the bike was missing it. I decided to try some old keys I had saved and found one that worked. It was an old toyota key. I cleaned up electrical connections and installed the battery pack. I first tried applying power with the rear wheel lifted off the ground. Instant success!! Then I tried moving the bike under its own power while walking along side, limited success. The batteries rapidly discharged so I didn't get to actually ride it. Now that I know it works I'll started looking for replacement batteries. The voltmeter on the dash still works and so do the running lights.

Diary of My "Moped" build Registration in Florida
9 10 11