Hi All,
Finally have both my wife's bike and mine finished and thought I would share some photos. We took them both out yesterday for a nice ride around the neighborhood. We had a lot of fun, but had to be careful...These things are kid magnets! I think every 7-15 year old for four or five blocks came flocking out to see us ride.
Anyway, as I said before, I'm gunna be painting the tank and chain guard on my wife's ride soon, and then probably do some pinstriping on it as well. As for now though...Vroom! 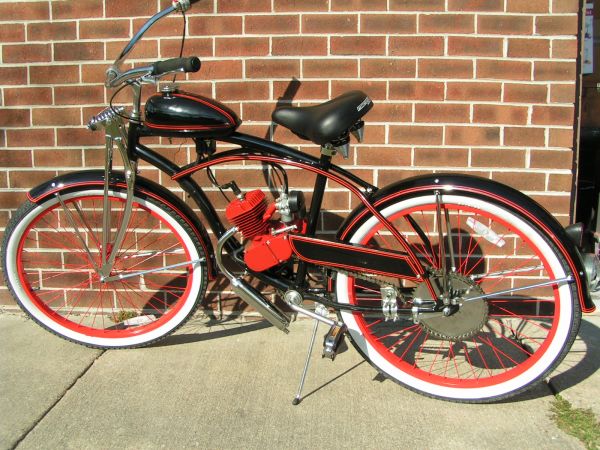 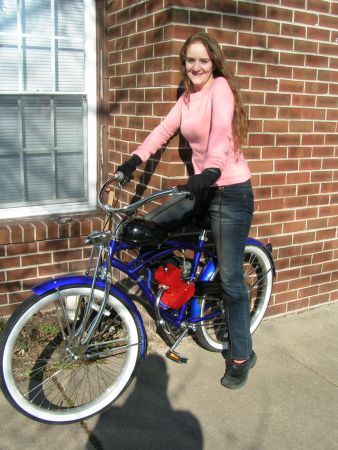 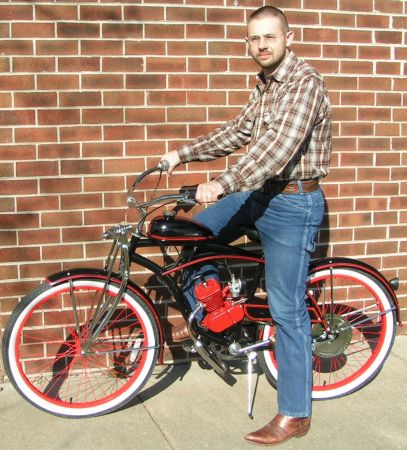 Hey, Both bikes look GREAT!! I'm amazed about what you said about the kid magnet phenomonon--in my area it's the old guys that are really interested. I'm "old" myself, so maybe that has something to do with it. I don't know how many small crowds of older guys I've gathered to comment, as well as "ooh and aaaahhh" and relive things that they built, or wish they had built, when they were younger. As for the kids, I've gotten a lot of "thumbs up" from really young kids (10 or 12 years), but the older teens seem ignore my bike, as though they are "past" wanting something like that. Maybe they're having Harley dreams, or they're too sophisticated!

Wish I had the gumption to spend the time painting and pinstriping, but for now I'd rather just concentrate on riding..........can't get enough!!
G

the bikes are gorgeous, charlie

i like hearing about the youngsters, i think we (the oldsters who "have a clue") need to spend more time speaking to the generation that can still be reached and educated about viable alternative transportation 8)
Z

Very well done! I really like the pinstriping detail you have done on yours, and I bet your wife is eager for you to embellish her bike.
C

Vroom, indeed. Get a brain bucket for yourself and your lovely bride.

Spring is here, the fleet is ready, let's see some flowers

The pursuit of the perfect motored bike.
2