The front mount came with my kit
D 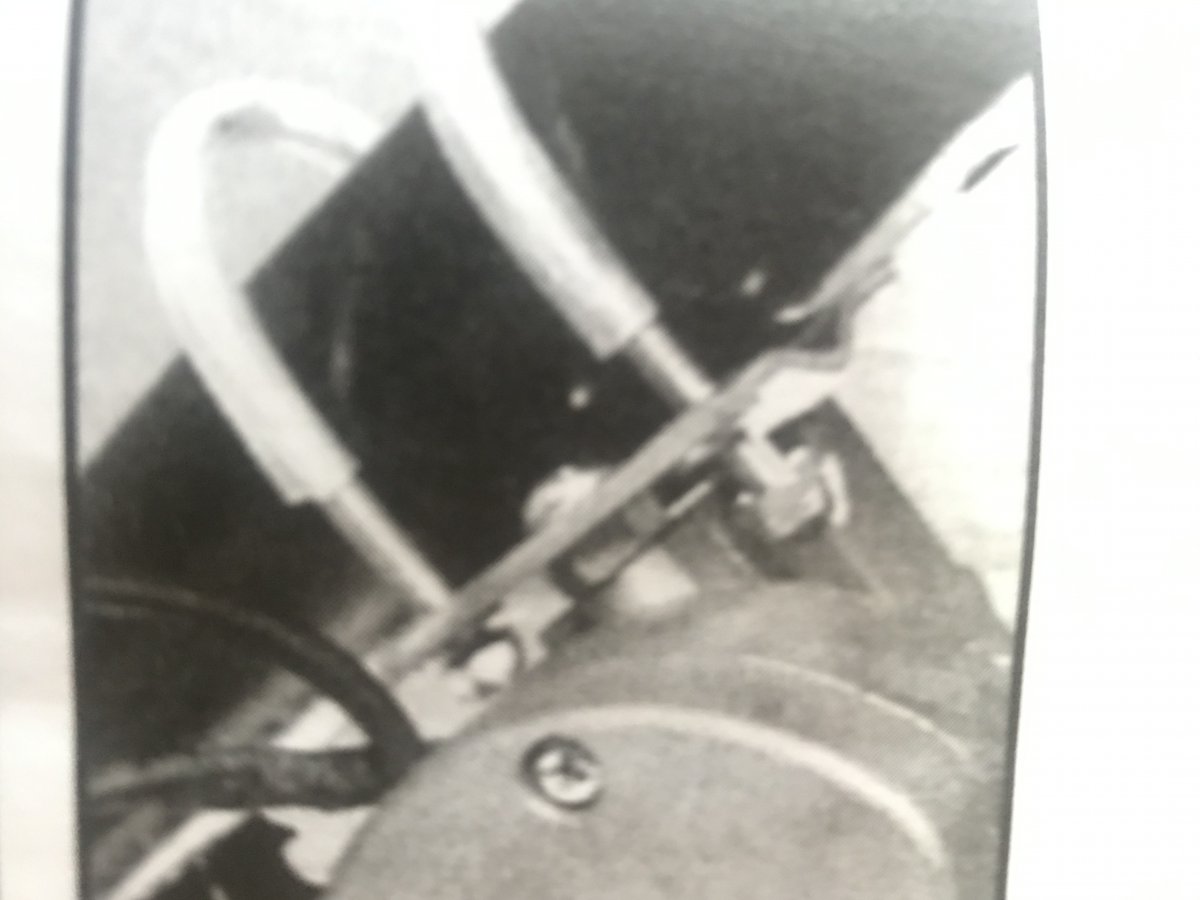 Dandrax said:
The front mount came with my kit
Click to expand...

thats a one size fits some mount. youll need the bigger one to make it fit better or macguyver your own. just remember these kits are manufactured in china by chinese children and have poor quality control.

What the instructions says is complete nonsense. Once you tighten the mounts, the rubber has no more ability to compress so it isn't going to offer any cushioning. If you leave the mounts loose enough for the rubber to squish and wobble, that's just the way to allow the engine to vibrate until the fuel foams in the carb and the mount studs snap from the fatigue of wiggling this way and that at the speed of the engine.
The engine needs to be mounted as rigidly as possible.

The cheap U bolt is narrow and poor quality metal, where as the automotive muffler clamps you can buy in the USA are rated for vehicle use, naturally, so they can be relied on. They are dead cheap too. Just be careful to not pinch (crush) your frame tube.. that is what the muffler clamp is supposed to do to crimp the muffler together but it is not what you need it to do. You really want to spread the load out, but you don't need cushioning to do that, just a bigger contact area.

I didn't buy any alcohol this year.

rubber mounts/in the mount could allow your motor to come off center for a moment,..causing a chain bind due to temporary mis-alignment. chains falling off/binding up at high speed never lead to a happy ending. ever.

If you had a bike with smaller frame tubes you could use PVC 1& 1/8" black irrigation tubing, like I did on my 1950's J.C. Higgins. I would not go with any softer shim material.

The big problem with rubber mounting the engine is most if not all of these engines come with eccentric engine driven chain sprockets, so at 6000 rpm you have the output sprocket turning 1350 rpm and it's tightening and loosening the chain repeatedly.

That cyclic chain snatch will break stuff, it will snap rear wheel spokes, bend and break engine mount studs, strip out the mount stud casting's threads, strip the exhaust stud casting's threads in the cylinder, (if the muffler isn't braced firmly to the engine...) it will rattle parts loose on your bike, throw your float adjustment off with the thin float tangs in the NT carbs. You get the picture.

If this is your first motorized bike conversion, it's always best to choose an older "V" framed MTB or old British or US made 3 speed frame. That's exactly the bike frame that these engines were built for. The solidity of the engine mounts are a big deal, and should be tight and not wiggle at all. Everyone likes the cheap, curved downtube style cruisers for motorized bikes, but there no worse bike you can choose for this use.

Thoughts on this old Ross cruiser
2