saturday afternoon, uncle_punk13 drove 3 hours from tacoma to pick me up for the seattle old-bike swapmeet. he brought his bike which needed to be finished so we could have a quick ride before heading out. by the time we had it together it was raining pretty bad, but it didn't stop us...we enjoyed about a 6-mile ride across the peninsula and back. i consider it the first official MBc event. we had a great time. we loaded the bikes and zoomed back to tacoma. rif was a generous host and is a great new friend. 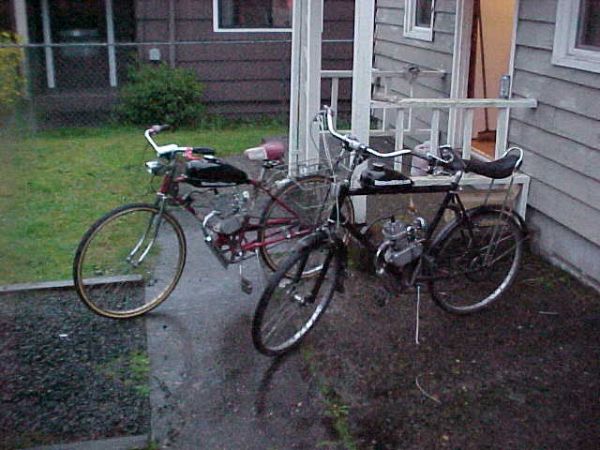 next morning, we headed out for seattle. we parked the van far enuff away for us to arrive on the bikes. the 2 motoredbikes were an immediate center of attention.

we were there about half an hour when uncle_punk introduced me to a guy who calls himself antique-rider! now we were 3, it was getting pretty cool.

you wouldn't believe the cool stuff that was there, and it was a pretty decent crowd. in my opinion, tho, old-bicycling doesn't have near enuff hot chicks...

a little later, some mountain-man walked up to us and asked if we were rif and augie, we said yes, and we learned we were face to face with psuggmog!!!! damn, this was getting to be a LOT of fun!!

anyway, antique-rider had a booth set up, he didn't have a bike with him to ride, and psuggmog didn't have one ready either, so he bought some funky electric bike for $25, we got the pedal part going, aired the tires, slapped some MBc stickers on it, and the 3 of us did a few blocks so we could say we rode together. 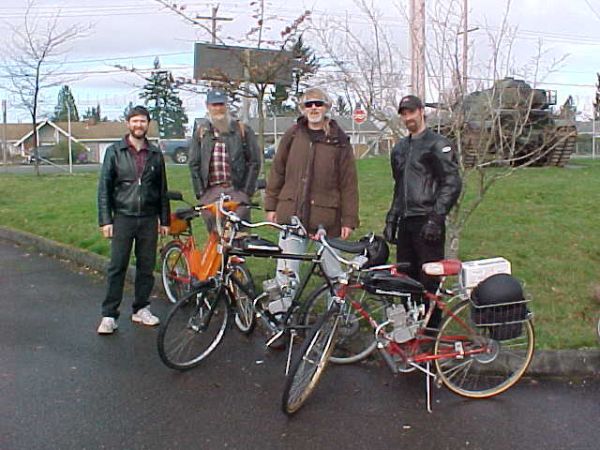 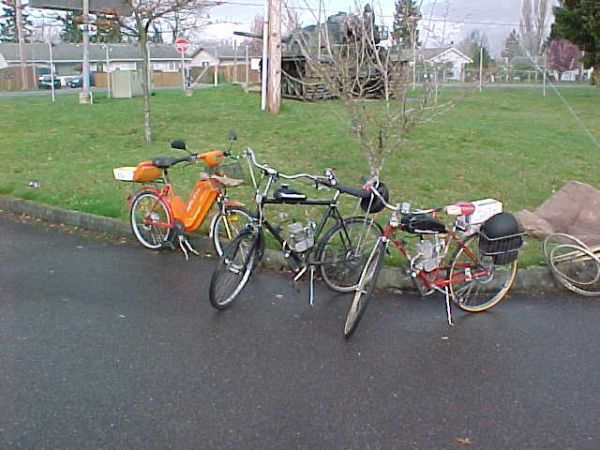 And a great time was had by all!!!
I ould like to (and will) post my version of the first Pacific northwest chapter of MB.C's get t0ogether, but i'm still waking up and drinking my coffee here, so later today I'll give y'all the gory details from my perspective. It was a blast!!!
A

Yeah, it was a great weekend for a roadtrip/get away from my town for awhile/meeting/cruise.
Actually Augi pretty much covered it, but for the part about the fun of digging through boxes of free old bike parts and dragging home a bunch of junk that I probably didn't need!!!
It really was a great time; and my bike is running great! I just have to make a better chain tensioner. I drove it all over the neighborhood yesterday, and she scoots!!!

uncle_punk13 said:
Actually Augi pretty much covered it, but for the part about the fun of digging through boxes of free old bike parts and dragging home a bunch of junk that I probably didn't need!!!!
Click to expand... 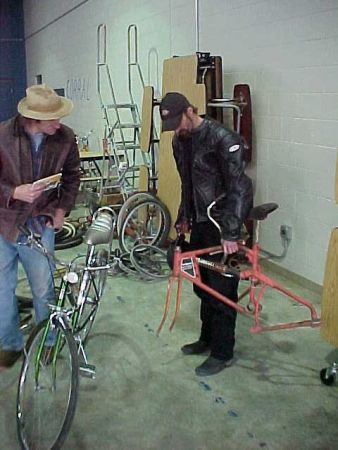 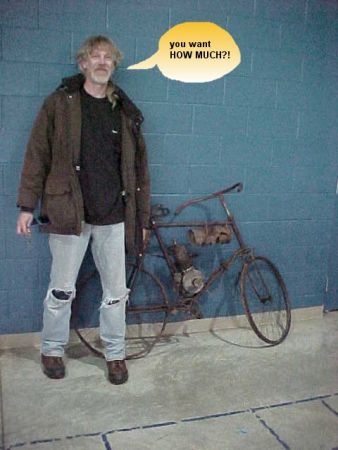 Great pic.s!!!
I didn't realize you caught me on digi dragging home that old 1970's vintage bmx suspension frame...
I've got some ideas for that one...
After i finish the next five in line after the current Whizzer project of course!
Wooo-hooo; what a great weekend...
8)
P

I had a great fun as well. The time went by too fast. I also got a few bits from Antique rider's free box . Thanks Bob. My only regret was not getting to go to Uncle_punk's house. Augi, you got a picture of Val as well(the guy who donated the new bars for Sabrina).

Happy Christmas to our wonderful Canadian members and my wish list from last year...lol.