Heads up when choosing a BGF belt drive transmission

I think this is important to anyone considering this transmission. You can not tell if the clutch is for a tapered or straight shaft engine by any of the external markings. If you buy from a reputable dealer they'll know, but E-bay sellers not so much. I thought I might have discovered a clue but after receiving mine today I realized I was wrong. If you can see the sprocket side of the transmission you will notice either one or two horizontal casting ribs running forward from the output shaft location. The one rib version is an early casting and the two rib the current one. Similarly in the current version you can see four nuts around the sprocket where as in the early version there are NO nuts, only a raised boss area. Either clutch will fit in this current version housing. I think most all the inexpensive E-bay kits are using 15mm straight shaft engines with the early style transmissions.

Other than the fact you're limited to the brand of transmission you can use, I think the straight shaft engine, clutch and bell are a superior design..... after you replace the brass bell bushing with an OilLite brand. In my new transmission I found surface rust on the cast eccentric, but what disturbed me most......the 2 sealed ball bearing should have been a press in fit but instead they slid around in the bore allowing the output shaft to wobble around which I feel is really sloppy machine work. But then again, it is a piece from China. To be safe I replaced all the hardware and intend to drill the output shaft past the sprocket and install a castle nut and cotter pin. It's really a shame because with a little extra effort this could have been so much better.

I have been pondering the idea of using JB weld to glue the bearings in the housing. This would prevent them from wobbling around and also allow me to press them out (on a machine) if and when they need replacing. I know it's a bandaid but it might stop the bleeding in the mean time. What's your thought on this ?

you might want to try a metal epoxy. JB Weld tends to become hard but brittle; not good where there's vibrations. This stuff is made specifically for metal bonding. 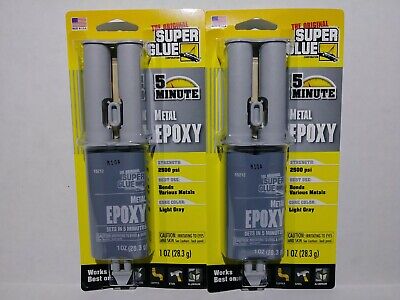 I have never used metal epoxy Jerry. Would it be an issue, you think, if I had to press the bearing out ? I know the JB would be easy to overcome. I once repaired a vintage automotive carb with a broken float bowl using JB Weld. It's still running today without a leak. Thanks for the idea.

Wasn't thinking about that part. You'd probably have to put the entire cover in oil and let it soak in the bearing that way. Once in there it'd be there for good.
M

I'm not sure you can drown sealed ball bearings in oil and expect any to penetrate to the inside where the balls are. They should have a lifetime grease job when being assembled. Just thinking worst case scenario if one needs to be replaced.

I thought you was talking about using an oil lite bushing. If the sealed bearings have plastic covers those can be removed grease put in and the covers put back
Last edited: Jun 30, 2021
M

I thought maybe you were confused. Not the brass bushing on the clutch bell. The two sealed BB on the output shaft.