History of SHAW Motors for Bicycles

Ok, I'll start this forum with some cool history.
Hope these links work.

Another site with info on George Wyman 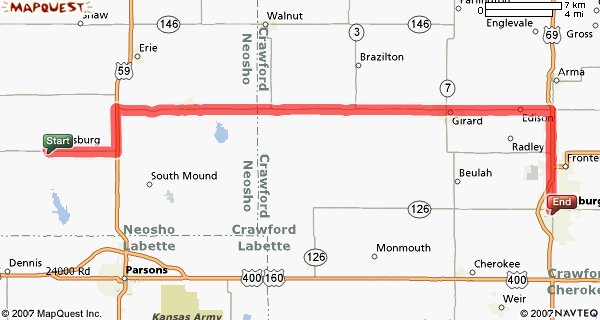 I am 46 miles from Galesburg and sad to say....I've never been there.
Is there some sort of museum there?

I read a magazine article a few years back, about the Shaw motorbike. If I remember right, his lubrication design seemed odd. Oil flowed (or dripped?) from the oil tank into the engine, then dripped out onto the ground, when it reached the bottom of the crankcase. Is this correct?
V

I really don't know about the Shaw, but a some early bikes did use the "total loss" oil system. From the oil tank, through the motor and onto the ground.

There is a really neat story about a young man who, in the early 1900's rode a Shaw (I believe it was a Shaw) from San Francisco to the East Coast. This was quite a feat in those days because many of the roads were basically dirt trails. He actually rode the rail road ties for many miles because the dirt roads were impassible.
I am trying to find the story on line, I read it a few years ago in the Antique Motorcycle Club of America quarterly magazine.
It was really intertaining, told from the riders journal.
He was believed at that time to be the first rider to make it coast to coast in the USA on a single motor vehicle.

If I can't find it on line I will try to borrow the magazines from a friend and copy the story to post here.
G

in 2003, our very own uncle_punk13 relived the adventure...
see the "traveling by motoredbike" section to read more from him 8)

vintagebiker said:
There is a really neat story about a young man who, in the early 1900's rode a Shaw (I believe it was a Shaw) from San Francisco to the East Coast. This was quite a feat in those days because many of the roads were basically dirt trails. He actually rode the rail road ties for many miles because the dirt roads were impassible.
Click to expand...

then there is Rif's 2003 Wyman Centennial ride, starts here----> http://www.motoredbikes.com/viewtopic.php?t=532

Who wants to ride to Galesburg?? (I think Edward has)

to be continued in "Let's Ride"
V

Yes, that's him.
That is a brief recap to the story.
I would like to find a link to the complete story to post here.
When you read it, it will fill you with the spirit of adventure and make you want to jump on your motorbike and head for New York.

When I first read that story I had to wait a whole year to finish it because it came out in 4 quarterly issues of the AMCA magazine.

I did read about the 100 year re-try a couple of years ago.
I remember he tried to make his own motor or something, didn't run too good. I guess I'll have to re-read it again.
U

We ended up using a 2003 Whizzer WC-1 mounted on a 1905 Mead...
I did complete the ride... sort of. The frame completely broke in half at the new york state line.
I spent two months straight, 6-8 hours a day in the saddle, following as close as safely possible Wyman's route and time schedule.
There were problems, breakdowns, and dead ends daily, but we persevered and actually did it. Exactly one hundred years later.
My hat's off to George for in his day it was a much greater feat than mine.
Perhaps the moderator's will allow me to post Wyman's original account, serialized, here; if I can find it in my dang files...?

I think this is the perfect place for it Rif
if that's not heritage, I don't know what is

Scam heads up for ALL vendors with web site contact forms.

B
Re-discovered a "new" BikeBug motor in my basement
2