How do you attach a drive sproket or belt drive wheel?

I stumbled across this site while looking for information on converting an old bicycle wheel to accept either a belt or chain from an engine.

I did a "search" on the message board here, but couldn't find anything devoted to the subject.

Does anyone know of a thread, or can anyone point me in the direction of building a wheel for a motorized bike?

Here's one on GEBE's belt ring with pix.

For the other search, try "sprocket" with the wheel, some have pix I've seen.

roguehippie said:
Hi All,
I did a "search" on the message board here, but couldn't find anything devoted to the subject.
Does anyone know of a thread, or can anyone point me in the direction of building a wheel for a motorized bike?
Thanks!
Click to expand...

Welcome to MBc 8) , and at least you gave it a shot on the search . TIP: I ran a search using the words 'sprocket install', picked the 'Search for all terms' option, and got quite a few results. this one has good info with pictures: http://www.motoredbikes.com/viewtopic.php?t=1231&highlight=sprocket+install
Happy :mrgreen:
A

Rogue, Whizzer attached their sheaves directly to the spokes with screws and loop clamps or washers with one edge bent over.
...Bob
H

I also have never bought a kit and had to figure it out as I went.
I attached a pulley to the wheel by cutting notches in one side of the puilley that the skokes would rest in holding the pulley in place . Then put a backing plate on the inside of the spokes and bolted this to the pulley.
Worked good for a bit but was breaking alot of spokes so after probably 8 or 10 rims ,I "found" some old road signs made out of aluminum and cut them to fit tightly around the inner circumference of the rim, aloowing for the concavity of the spokes, and bolted the pulley to it
with some more alumimnum , i cup curver stripps that I laced throught e spokes so that they rested right against the rim and were seated on the spoke adjusters and bolted these to the main face plate I had made.
Haven't broke a spoke since.
Probably 8 months now of riding virtually everyday and no probs with this design except that its real difficult to clean the one side of face plate through the spokes. heres apic i'll try post in a little more detail later 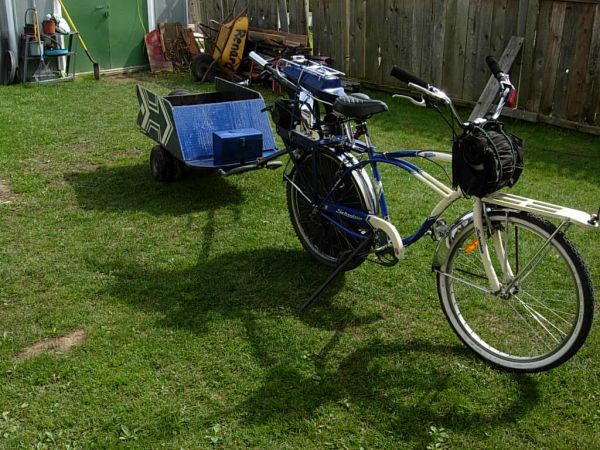 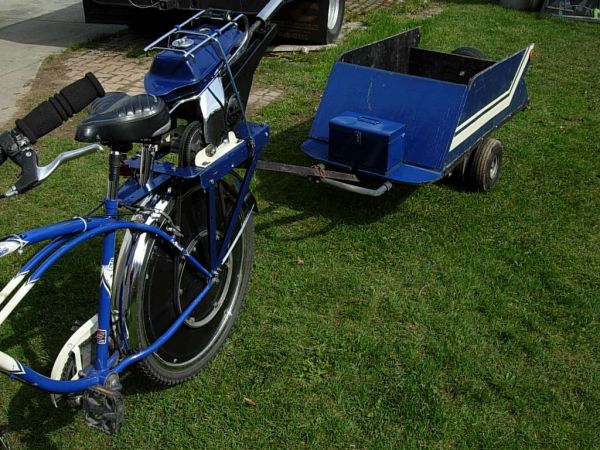 On the left side of the bike ,You can see the pulley , pulley bolts, and the face plate bolts around the outer diameter. There's probably better ways but this is the best I've come up with and works exc.

Here is one method.
Not the easiest but very strong.

In one of the posts there is also a link to a company in the UK that sells a hub kit.
F

Thank you for the ideas on attaching pulleys - I like your approach. If you care too take the time, I'd like to hear more about your motor and gearing system. I want to use v-belts because I'd like to be able to kick-start the engine from forward momentum via the belts. This would not work with a centrifugal clutch. This way I can turn the engine off and on as much as I want.

Thanks again for the photos.

D
I have the 2 stroke "skyhawk" and the bucking bar/camshaft wear down in a matter of couple hours. Can i attach some kind of "Belt drive" to a 2 stroke

Sep 7, 2020
wagel
W
B
How would you motorized this 26inch fat tire folding bike (gas or electric)? Pretty cool and practical bike