My iPhone won't let me search, so I'm sorry if this has been gone over before. I've acquired a 1980's Kamasura friction drive bicycle. Anyone have one of these or have experience working on one? I believe it's a 40cc 2 stroke.
S

hi big; could we see some close ups?
B

Ok I found out a little more about it. It is a Kamasura VRX 250 and it is considered a moped. Here's some other specs:
1987 KAMASURA 250 VRX
Specifications:
Manufacturer: Kamasura
Country of Origin: U.S.A. (I doubt this info... Sounds Chinese)
Engine: 39cc, 2-stroke, single cylinder,
reed valve, air cooled
Transmission: Friction
Top Speed: 30 miles per hour
Years of Production: 1970s-__
Number Produced: _____
Original Cost: $695
And here's some photos... 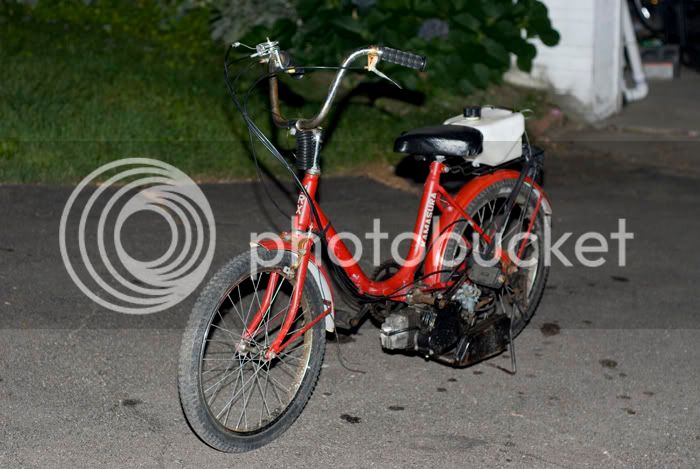 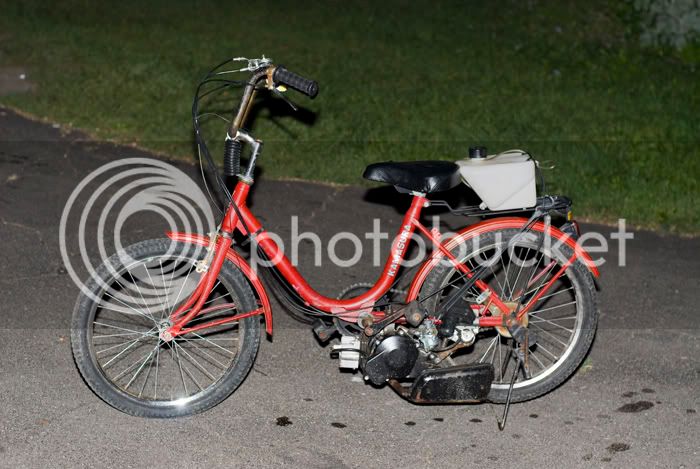 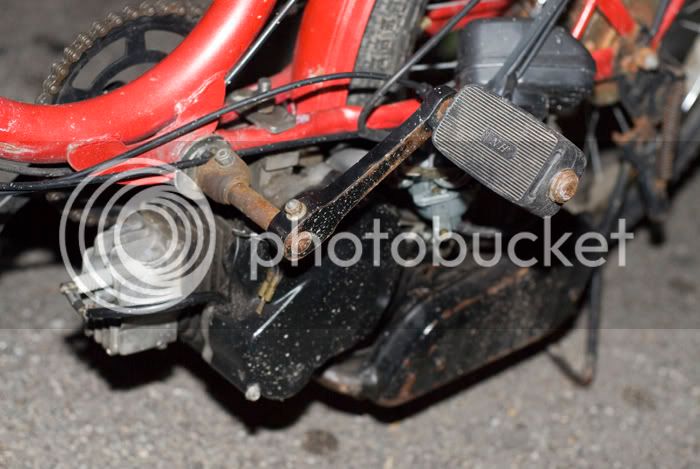 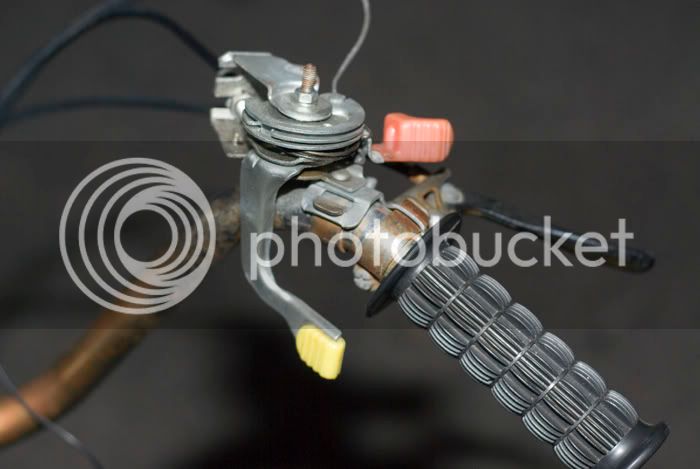 Anyway, it's missing the original fuel tank, last owner replaced with rack mounted tank. It definitely needs a new plug wire, as it has a bare spot that looks a bit frayed. The engine turns, but won't start and it's leaking fuel all over... bad carb? I'm not familiar with carburetors. I've only worked on my car and my scooter (which is injected, no carb.) Any ideas on how to work on it would be appreciated.
Here's a photo of someone else on one... found online. 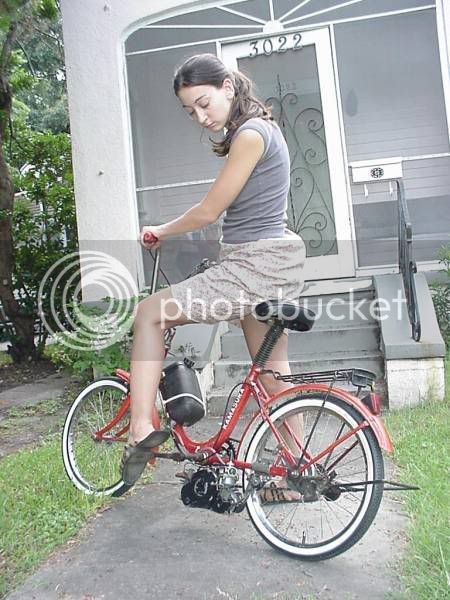 i have one exactly like this one. i need a set of wrings for the engine does anyone know where i can get a set
H

if the carb is leaking gas...is it leaking from the carb itself or from the fuel line?
the fuel line could be dry rotted and leaking.
if the carb itself is leaking, the float may be stuck from sitting.
I am assuming that you have already drained out any old gas and replaced it with fresh gas /2 stroke oil.
replace the fuel line(s) and tap the side of the carb on the float bowl with a plastic handled screwdriver.
That might free up the float if it's stuck.
if not, you might want to ull the carb off, tanle the float bowl off and see what it looks like in there. there may be gunk built up from old gas being in there, and everything may be gummed up.
the carblooks fairly easy to get to and maybe you can just pull the float bowl off with out pulling the whole carb off. get yourself a can of gum out carb cleaner, and clean up any old gunk that you see in the carb. in some cases you will have to pull the carb apart and clean the entire thing.
My suspicion is that this motor sat for a long time, with old gas in it, and the carb is gummed up inside, and/or the fuel line is rotted and leaking. i can almost gurantee that the float is stuck down, which will never allow the needle & seat to close, which will cause the carb to flood over.
once you get the spark plug wire replaced check for spark.
W

I just got an 87 kamusura that has never been started. It has 2 tanks. Is one for 2cycle oil and one for gas?
Is it a mix at all? If so what os the mix?

J
Does anyone know what this sprocket is for exactly?