Light Refresh for an old build circa 2007

Hey friends, I just wanted to share some of my recent upgrades on an old build I originally put on the road back in 2007. It's the same motor and OG SBP Shift kit that's been on it since day one. This is just the latest in a succession of cylinders I've tried on it including some moped jugs, but the more modern China Girl jug is holding up real well and makes more power I think than my original ever did. Ports look a little more open especially the transfers, but none of this is groundbreaking build wise. It's just always been a solid runner, but sat for a while until recently. I'm showing off my new cockpit and contact points here, but the carb is newer and low hours, the front wheel was recently upgraded, it got fresh rubber, mr tuffy tire liners, and fresh fuel line and filter, a new clutch lever w the longer arm and easier to pop clutch holder doohickey, and I also recently switched to a thumb throttle bc my old throttle was getting janky and I thought I'd try something new. Jury's still out on it but there are aspects to it that I like. The donor bike is an early 90's Schwinn Sierra that the previous owner managed to clob some 1" steerer forks on to. They've held up well over the years, especially for RST's. The expansion chamber btw is from Santa Cruz Scooter works and I got it on another MB I bought off CL a few years ago just for the pipe. Looking forward to the arrival of my center stand in the next few days, and two 750ml fuel bottles to carry for long rides, and the coming season of riding this alongside our Whizzer. Feel free to critique the build but it suits me pretty well and I'll probably only ever change it little bits at a time and then probably for inscrutable reasons. 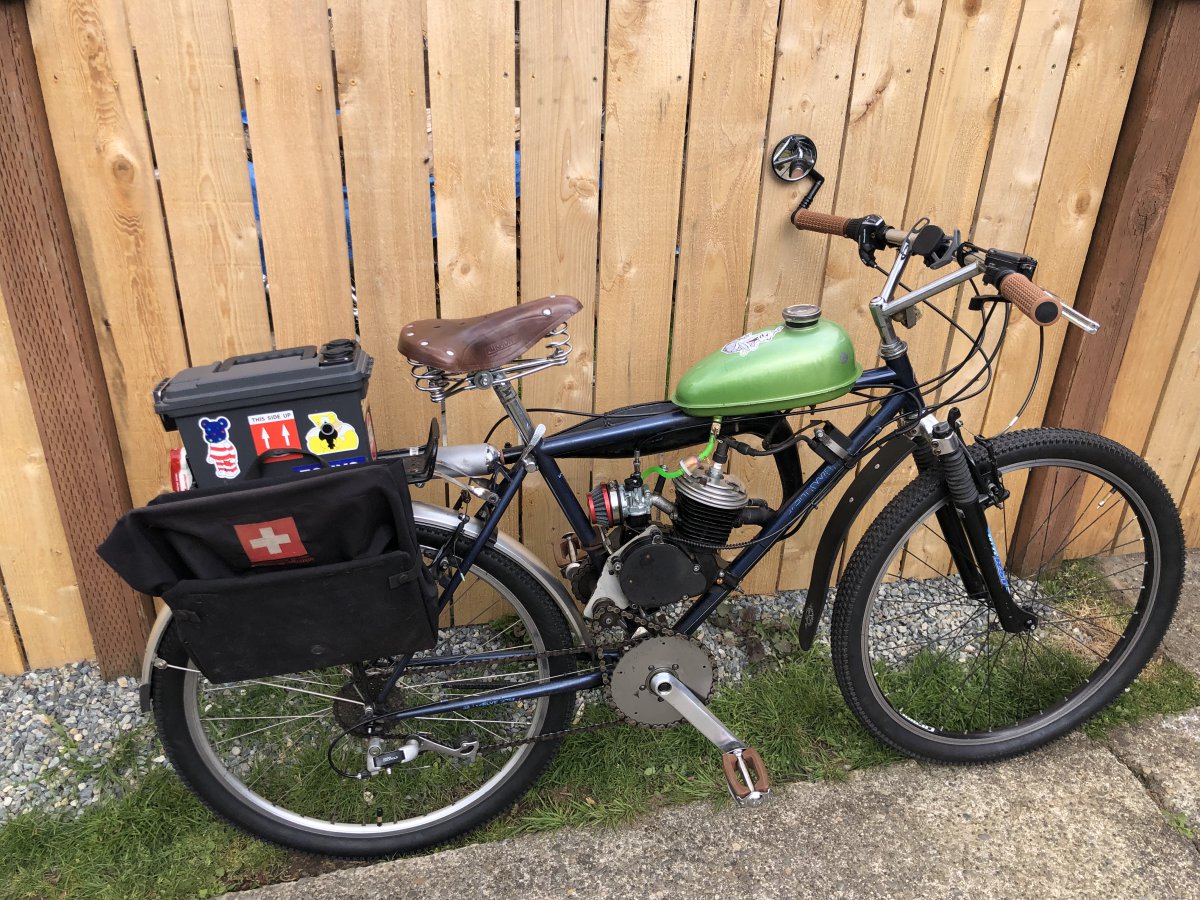 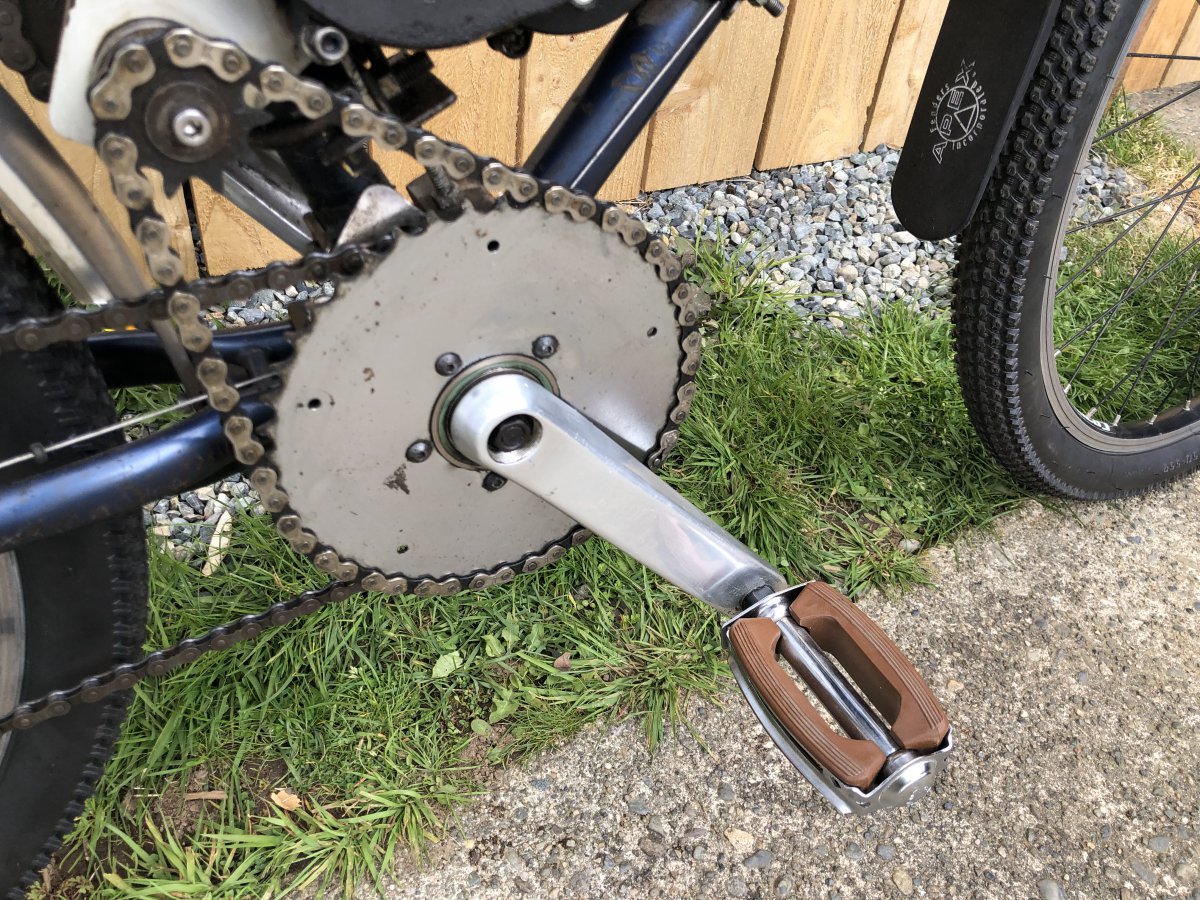 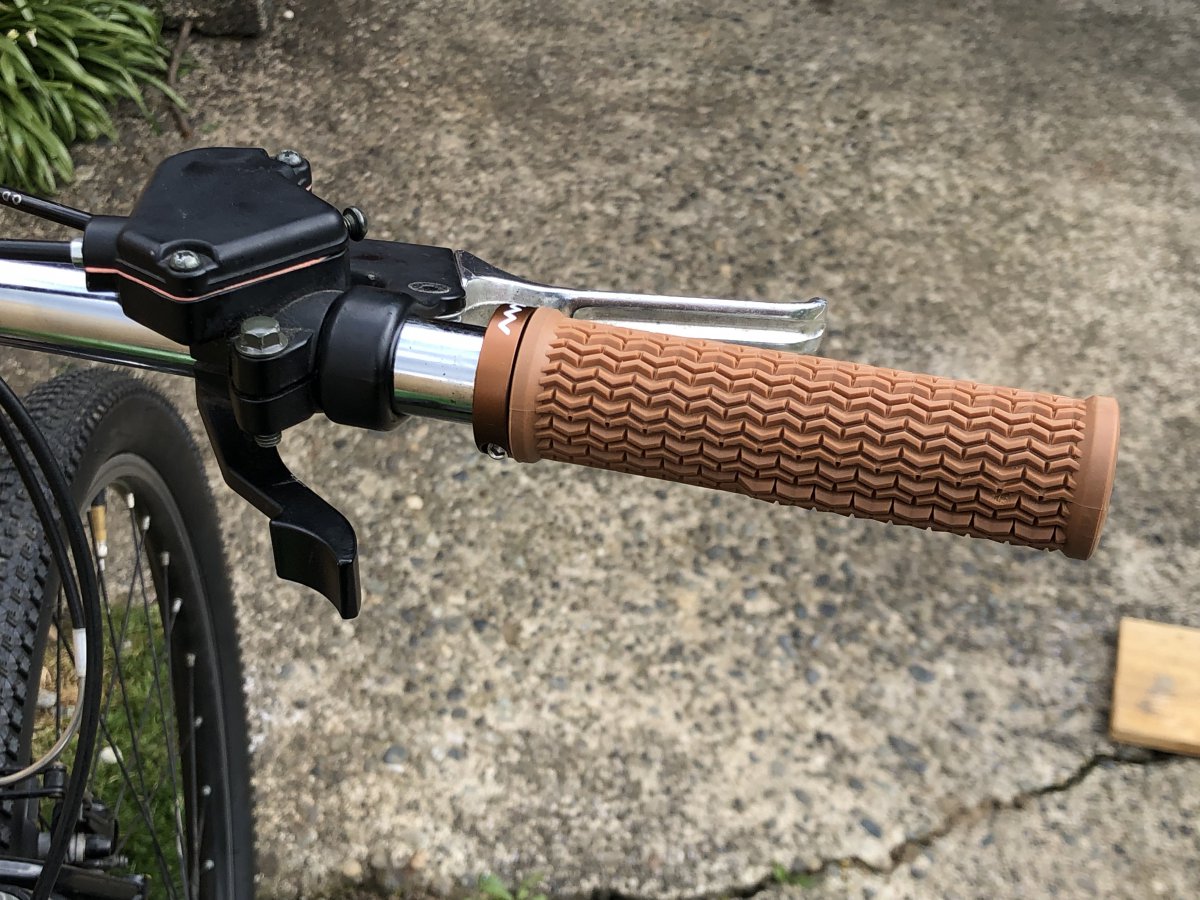 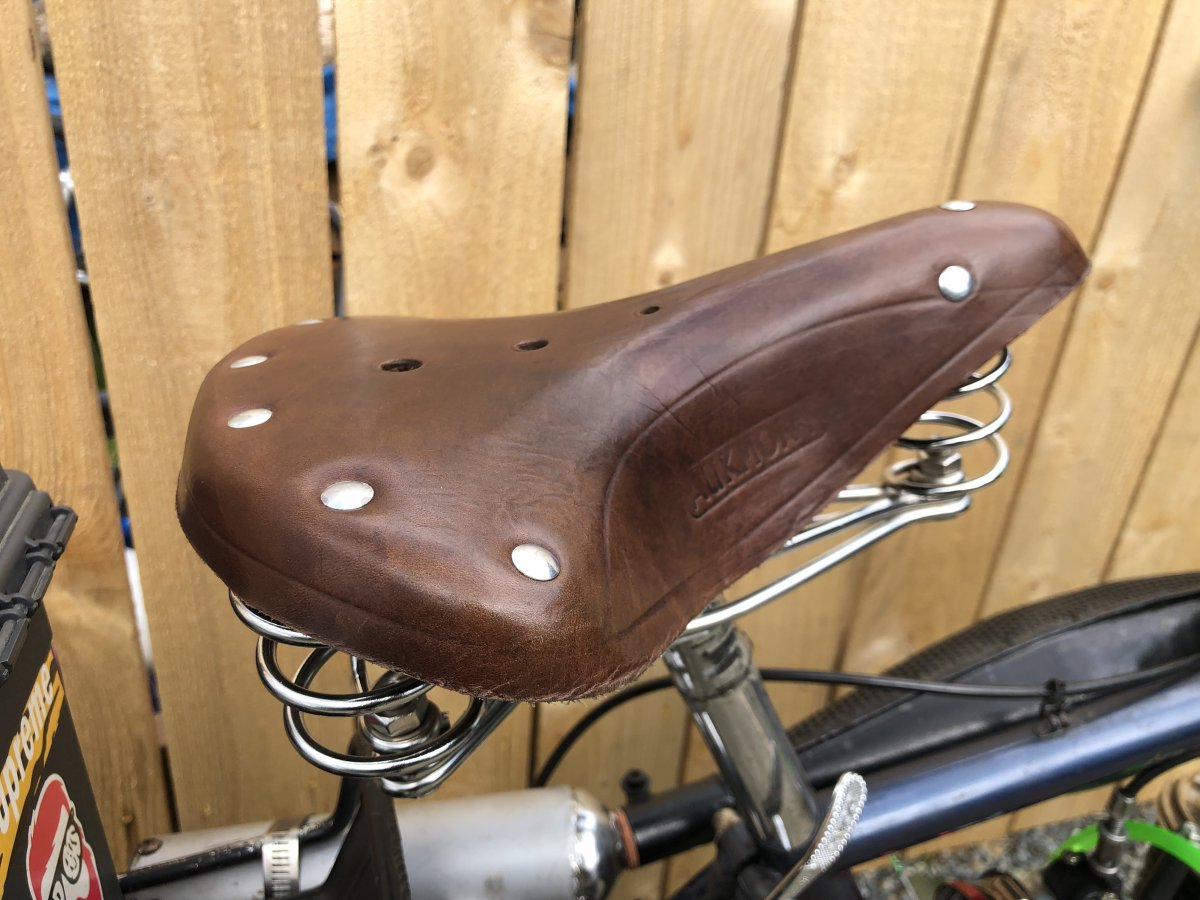 What are you running on the rear freewheel? Personal suggestions would be an adjustable suspension seat post to add even more comfort to that fabulous seat. Also get a tachometer to shift by.

Maybe a 13-34 something like that. As for the seatpost and tach- either one would be nice features, no doubt about it.

Steve_KJ7WQK said:
Maybe a 13-34 something like that. As for the seatpost and tach- either one would be nice features, no doubt about it.
Click to expand...