My Fully Sic Down under Grunter! 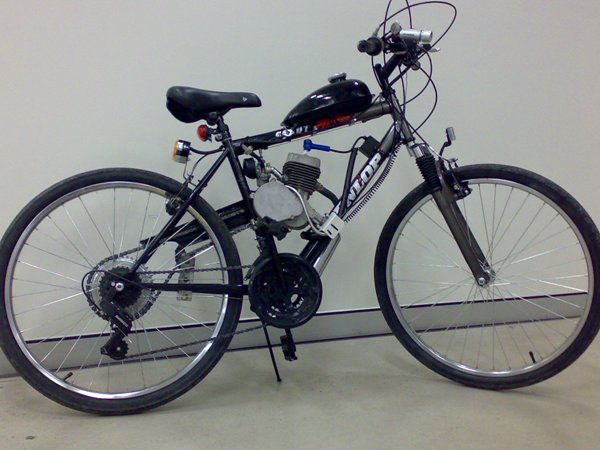 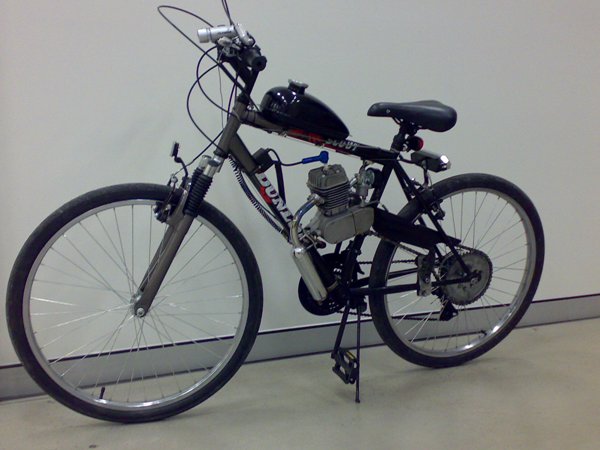 that's a sweet MTB even w/o an engine...& the kit sure did fit in really nicely, eh?

The term "Fully Sic" has been adopted by Italian and Lebanese 3rd generation Australians to describe there custom cars.

I think it's funny to describe customs this way. Remember that you have to use an acsent when using this term.
C

I'm out at Toongabbie, maybe we need to find somewhere in the middle..... If I come up with anything I'll post it in the 'Let's Ride' section.
L

My old grandpa was a welder/boilermaker; he always impressed me with his ability to make and repair almost anything
Gotta get into a welding course one of these days

Wondering if you had the same problems that I had, as I have the same bike. I had trouble with the exhaust pipe touching the frame & had to bend it to fit, also had to re- position the engine to get the air filter to fit.
Looks like you have changed your wheels also, mine were crap as my first ride I badly buckled the rear wheel. What wheels are you using. My wheels were black. Youve done a good job with yours
F

Yeh, i did have the same problem with the exhaust touching the frame.

I also had to bend my exhaust just a fraction so it sits about 8mm from the frame.
Another worry was the gear cable touching the exhaust, i wasn't sure what the heat would do to the cable so i pulled the cable closer to the frame using a ring clip and a small steel tube.

My new rims are just a cheap pair (steel i think), i also had a buckle on the back wheel but it was from a car driver too busy looking at my bike while we were stopped at an intersection. He stalled his car and being too close behind me to my wheel he made it go 45 degrees, but i suspected the rims (black) were crap anyway, sort of saved the rest of the bike from damage by bending so well

The carby air filter was touching the frame too, but some cutting and swearing alot at it did the trick.
Thinking of modifying the carb filter to one of those little ones i have seen on some American engines.
BTW: We have gotta get an Aust chapter of Poweredbikes.com happening eh!
Thanks for the compliments everybody