My bike set up for almost two years. In an endeavour to get it going again several problems had occurred. There was a lot of tarnish inside of the engine. A good Sea Foam cleaning helped to fix that. The old Wal-Bro carburetor went out as well. I ordered one of the cheap replacements off of eBay. To my surprise the cheap replacements have some adjustment screws (the WB doesn't have them) and worked better than the original Wal-Bro. I also removed the old spark retardant from the muffler. Still it wasn't running quite right.

So my next thoughts were about the valves. Sadly, I couldn't find out much about adjusting the RS 35 valves, nor was there anything about any special markings for for top dead center.

I did have to buy a 10mm top dead center tool and a set of feeler gauges. 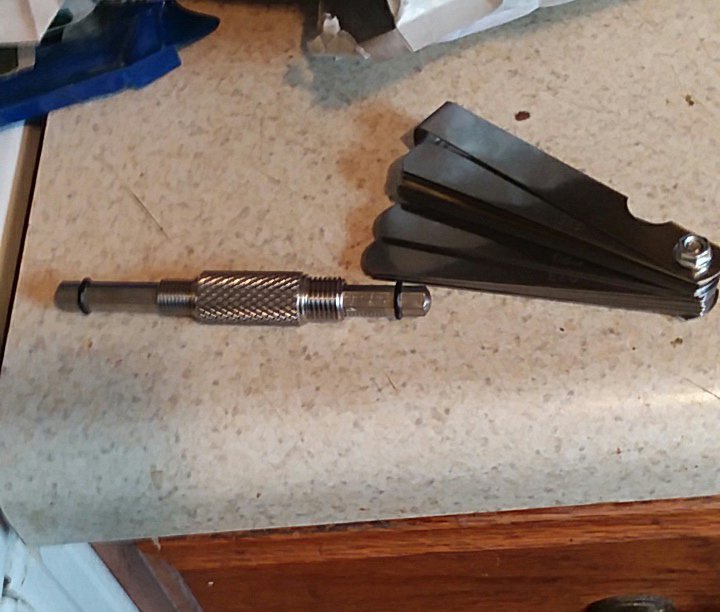 The feeler gauges didn't have a 0.17mm. So I combined the 0.13mm and a 0.04mm to do the outtake. The feeler gauges are held in place by a screw therefore it was no problem to put the 0.04mm and 0.13mm next to each other. You'll also need a 8mm wrench and a 2mm alan wrench 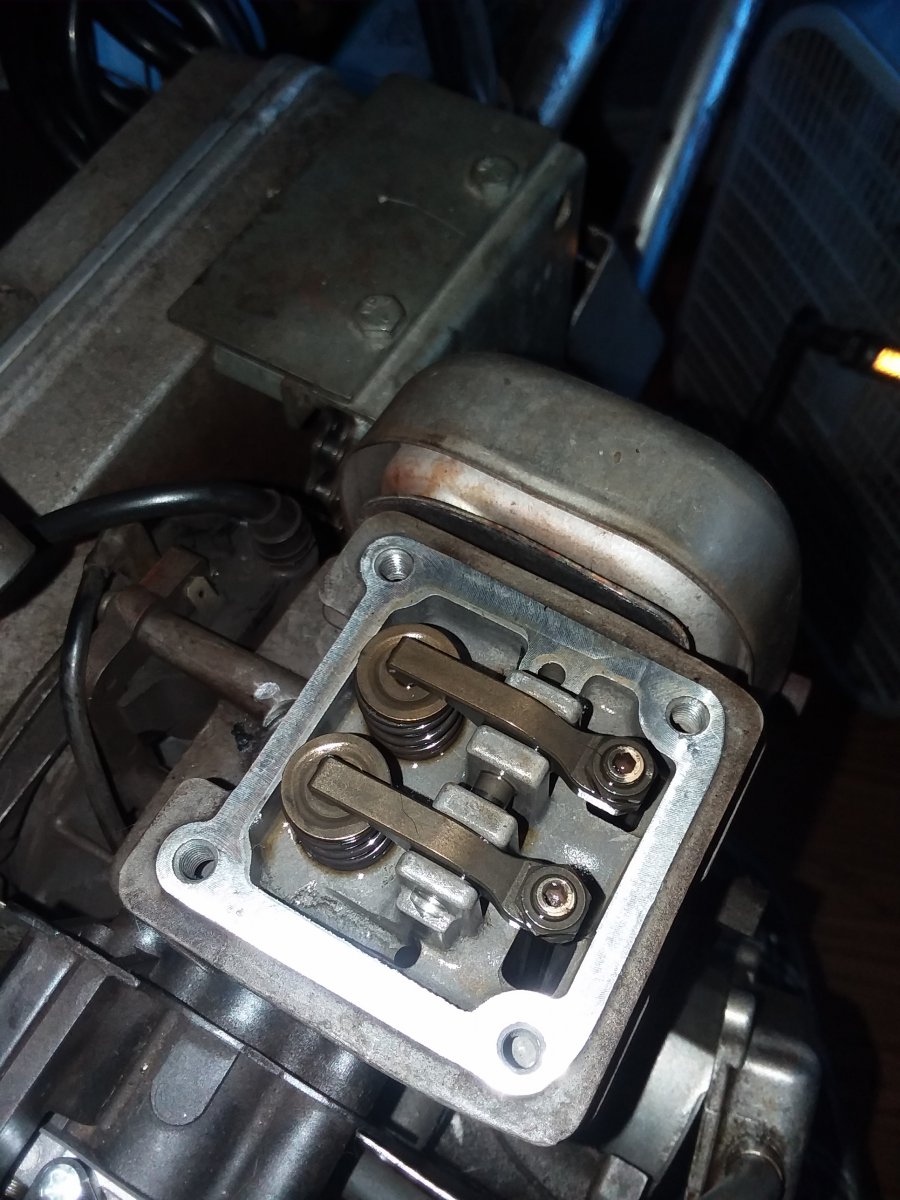 One important thing you must find the top dead center of the compression stroke to do your adjustments. Just hold a finger over the spark plug hole. When it feels like air pressure is pushing against your finger this is the compression stroke. I now have a 0.17mm feeler gauge. Because the thread is old I can't edit it but that's 0.17mm for the intake valve and 0.13mm for the exhaust valve (had it backwards before). It keeps the exhaust valve open a little longer than the intake valve. This is known as valve over lap.

DieselTech said:
I got a question Sidewinder? What is Robin Subaru's reasoning in running a tighter valve lash on the exhaust? Historically on anything with adjustable valves, the exhaust always has a bigger/larger lash setting than the intake. They do this cause of all the heat in the exhaust causes the metal to expand more, therefore a larger/bigger lash setting on the exhaust.
Click to expand...

After looking back I realized I was right the first time. It's 0.13mm for the intake and 0.17mm for the exhaust; heat variations is the reason for doing that. The manual suggest 0.15mm for both valves.

Fast Idle When enguaging the Clutch