I am not sure which forum to put this in, so I will let admin move it if necessary.
When I bought my Schwinn Hornet for $25.00 about ten years ago, I had thoughts of restoring it, but found the price of parts to be unbelievable. So ith has been in the shed all these years. I saw the motors, got hooked on the concept and put a Dax 70cc on it! It had the bottom half of the rocket ray headlight on the front fender, and after riding a couple of times at dusk, I decided to take the plunge and get a new Rocket Ray (repop). I checked with Larry at Memory Lane......$100!!!! Ouch. I told him I only needed the top half, he said "no problem, $50.00. I thought....."OK," and asked if it included the lens. He said, "Yes". Well, it came, and didn't have the socket for the light bulb. I called him and he said that they come with the bottom half, and I could send it back and pay for a complete one if I wanted. I told him I would see what I could do. I bought three different flashlights at the dollar store.....no go..they are too deep. So I went to Walmart, and took the light in with me. I found the following: 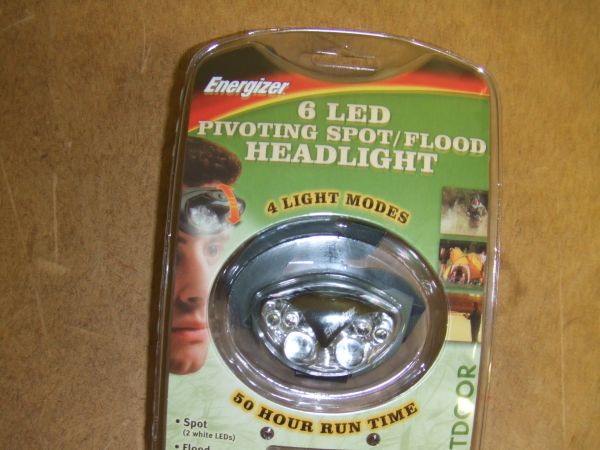 Hmmm, I thought...if I could get it to fit in the Rocket Ray, I would have LED, low beam and High beam (even red if I want it)...So I bought it, took it home and started tinkering:
This is what I started with 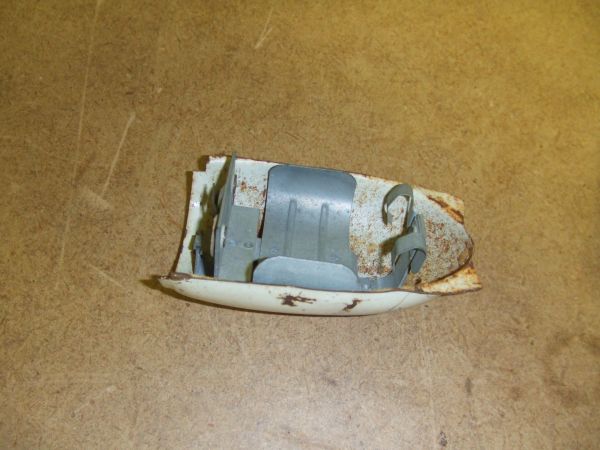 I carefully drilled out the rear rivet (replaceable if I need to). 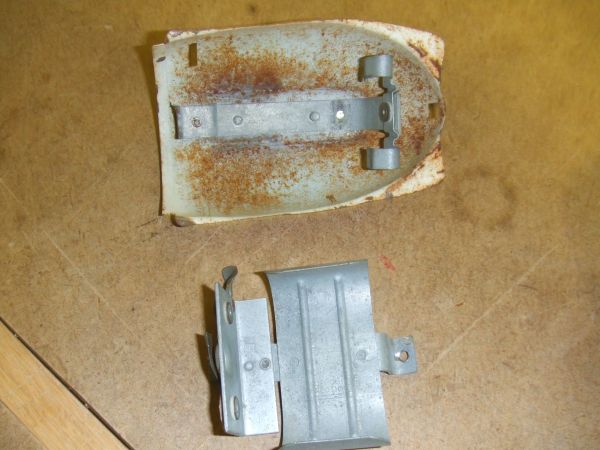 I cut the head strap from the LED light, and sanded the edges: 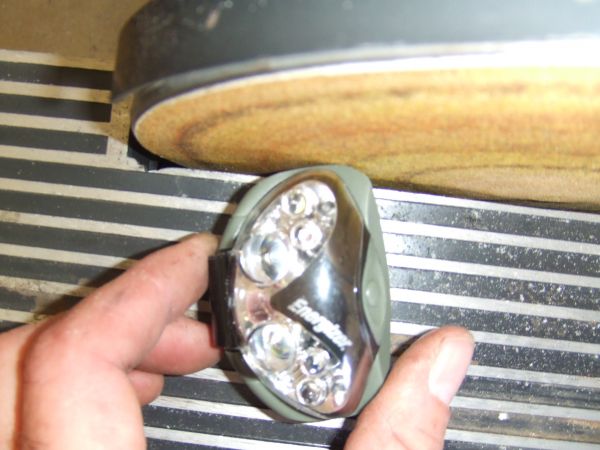 I took my Dremel and a sanding disc and cut a slot to fit over the "pin" that was left on the original light: 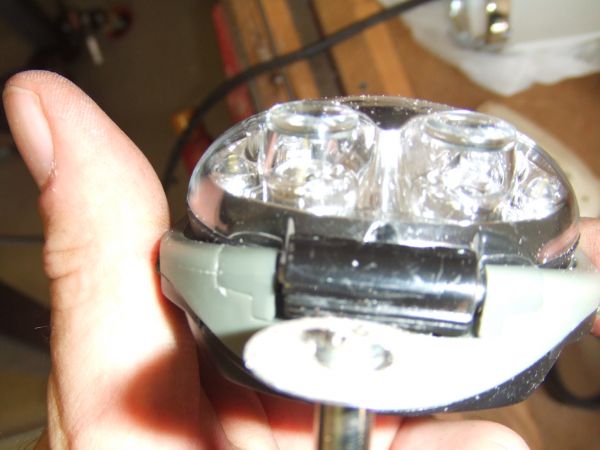 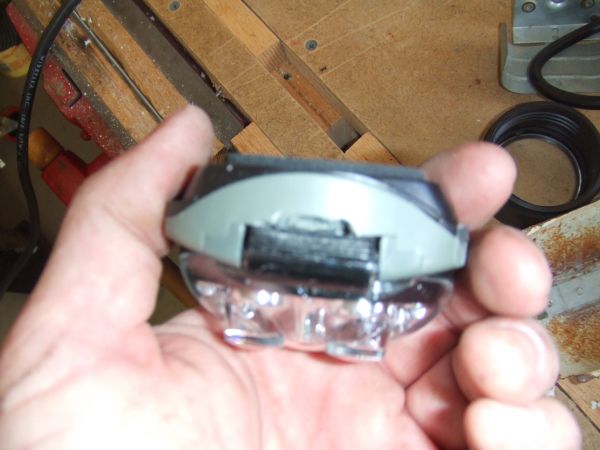 Pressure fitted it over the pin: 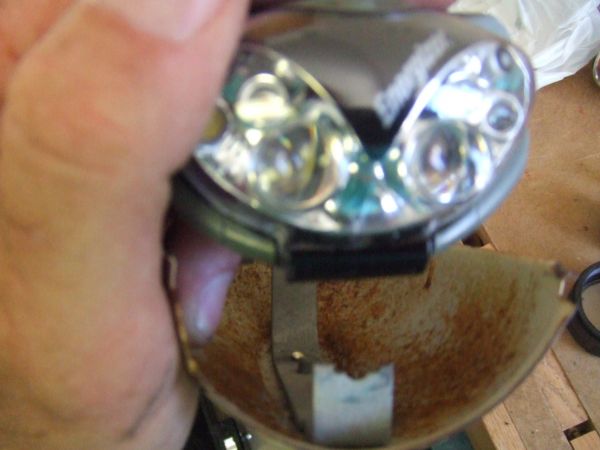 Added the top (since painted almond to match the bottom) 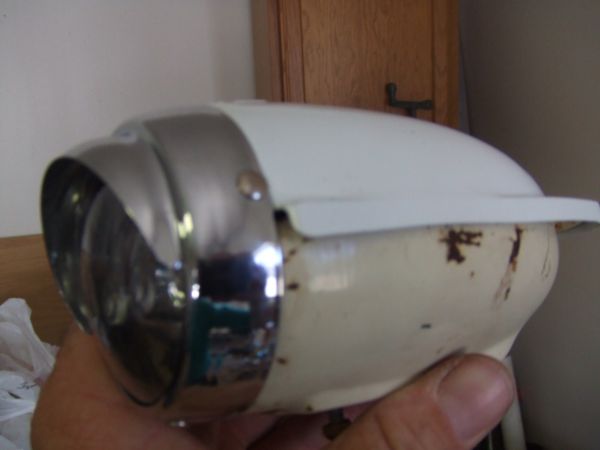 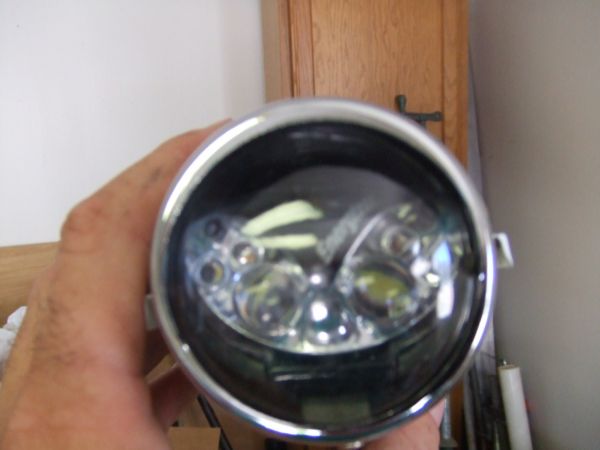 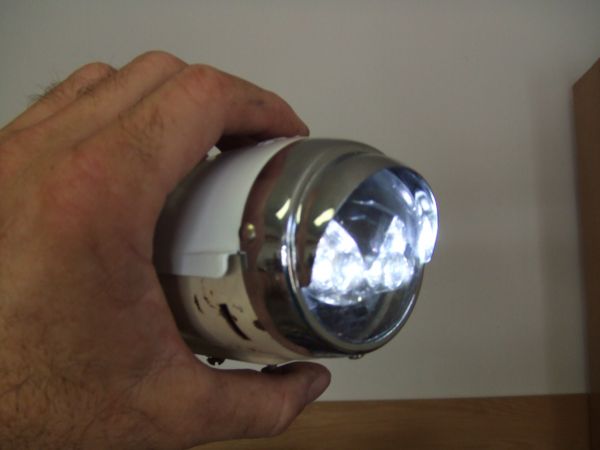 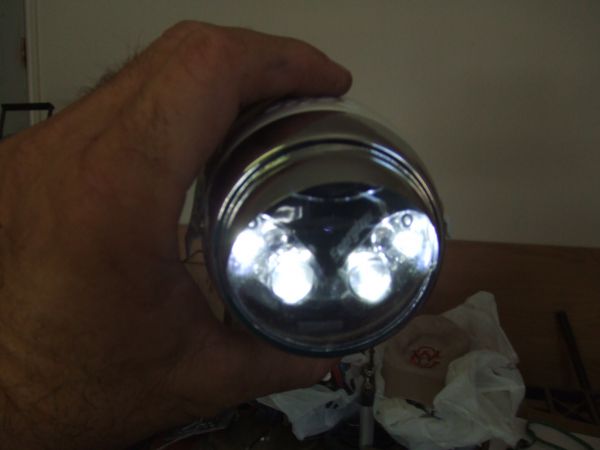 I
What do you think about Training Wheels for winter ice driving?
2 3 4