Why do I keep having problims with this

I have had nothing but trouble with my rear fender. I bought this bike in December and it;s gone back to the dealer(s) time and again. Many were either the rear fender or fender related.

Right after I got the bike, the brake light stopped working and the headlight would only light when it was running. The dealer said it was a dead battery. I charged it. No change. Dealer said it was a bad battery and it wasn't covered under warranty.

In the meantime, I had a blowout on the rear tire. Dealer fixed it. Another blowout later and a bent rim as a result. Dealer fixed it but I found the fender was moving around and cutting the sidewall.

Other problems si I went to dealer 2. He worked on it for 3 weeks. Consulted with Dave at Whizzer who thought it had 24"stays. Changed them. Looked at the battery, the fender had been so close the tire had worn through the harness. Replaced that.

Tonight, I was washing it and sponged the taillight. The whole **** fender rotated down on the stays. The bracket that holds the fender to the frame (under the seat area) was broken.

That thing is too thin to weld and even if I did I would have to repaint. ****, ****....****! Besides. it's still under Warranty. Whizzer has been as good about fixing things as any company I've ever dealt with, but for heavens sake, this has passed irritating. 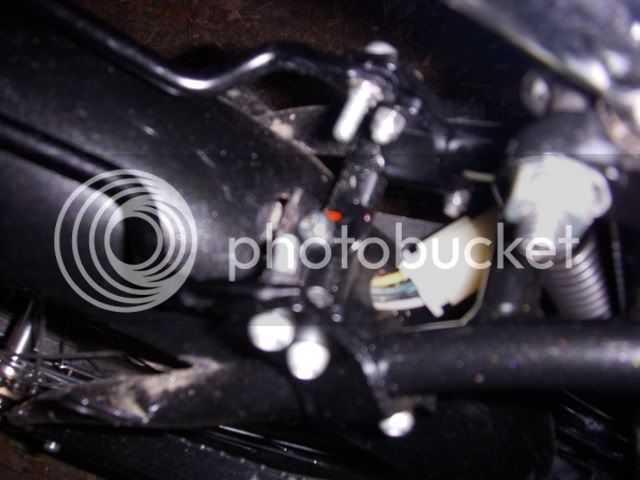 I used this fix just last week on mine. It works and only took me about an hour.

It looks good Jim. Did you bend the tab so it hooked the underside of the fender?

Hi again.
Yes I did bend the tab. About 1/4 inch and I used thicker steel.

Thanks Jim. Looks like a good permanent fix. Beats taking the fender off which I was considering.

I'll get at it tomorrow morning.
T

I fixed mine last week. i used .125 thick angle iron. Took off the fender. drilled out the rivets in the fender. transfered the two holes in the fender onto the angle iron. tapped the two holes in the angle iron for 10-32 button head cap screws. on the other end of the angle i milled a slot into it so i could use the metric screw to attach it to bike frame. then as i was about to attach back on bike noticed i had to take off again and heat angle iron in vice and bend so angle was 75 deg. opposed the the normal 90. thing looks great and will never break. i'll try to post picures. also if any one needs some cut angle iron let me know.
T

oh yea . about the worst part of the whole project is getting the brake/tail light wires out of the fender. take your time you'll have to pull one wire with the conector thru the two holes/in fender at a time. and also slightly bend the retainer clips under fender to free the wire bunch.
T

OK SINCE I'M A BORED TOOLMAKER I'LL MAKE 6 OR SO OF THESE BRACKETS. WILL SUPPLY THE 10-32 BUTTON HEADS AND METRIC PLATED S.H.C.SCREWS FOR MOUNTING THE FENDER BACK ON. YOU'LL NEVER HAVE A PROBLEM AGAIN. E-MAIL ME AT THE OZON@AOL.COM
P

I measured the old one. 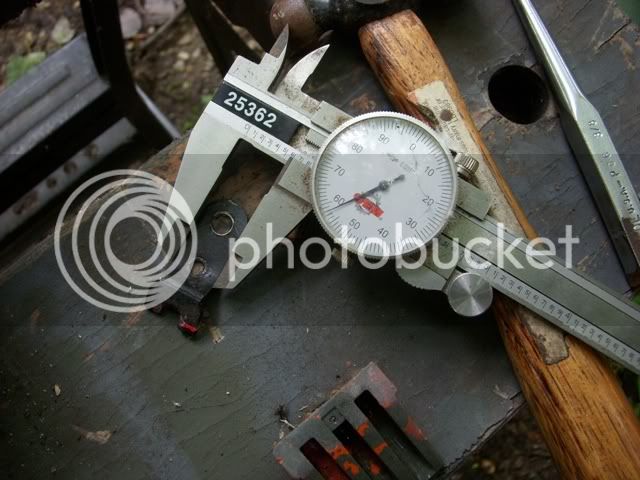 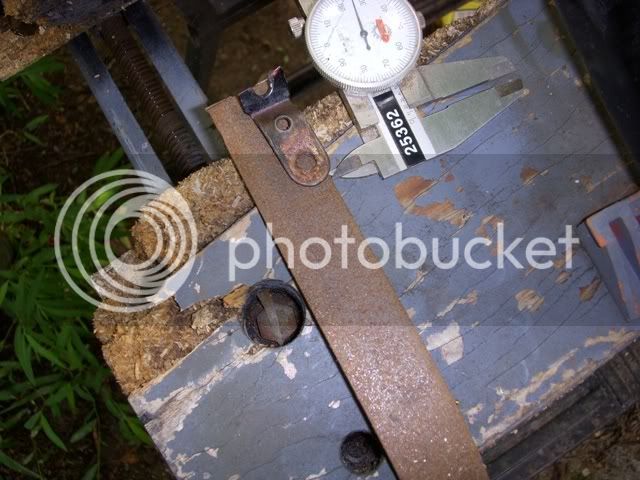 Cut it to size and cleaned it up 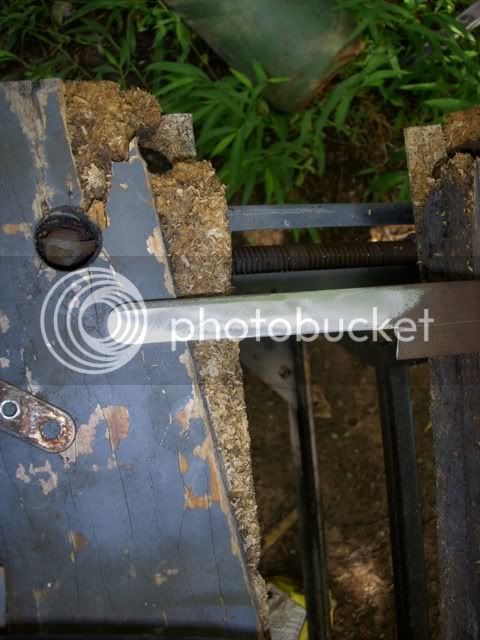 Drilled the pilot holes and set the angle 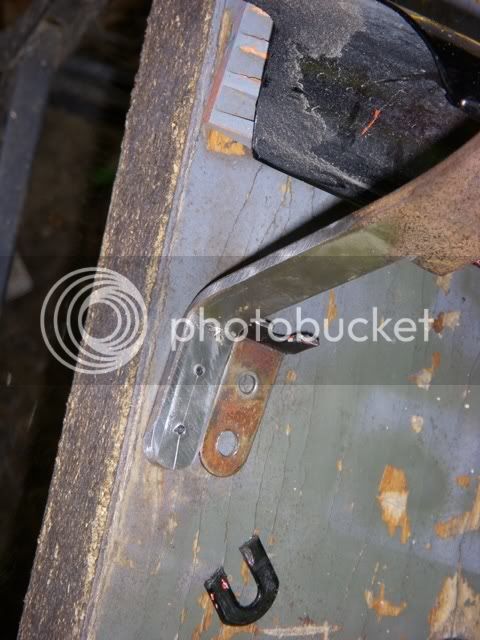 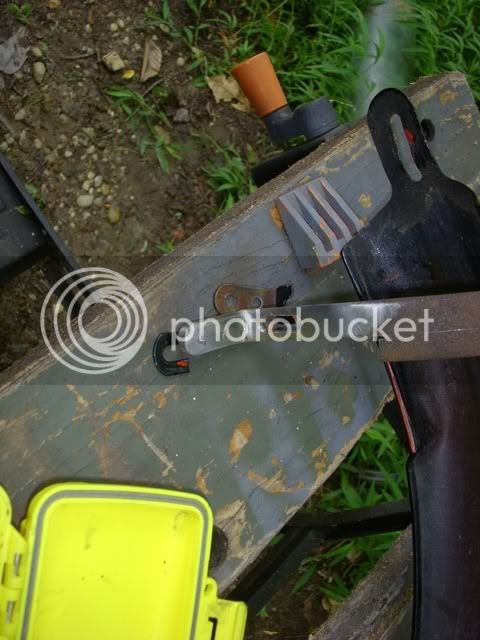 Now I have to tap the holes, paint it and put everything back on. Should be done today.
P

THEOZON said:
OK SINCE I'M A BORED TOOLMAKER I'LL MAKE 6 OR SO OF THESE BRACKETS. WILL SUPPLY THE 10-32 BUTTON HEADS AND METRIC PLATED S.H.C.SCREWS FOR MOUNTING THE FENDER BACK ON. YOU'LL NEVER HAVE A PROBLEM AGAIN. E-MAIL ME AT THE OZON@AOL.COM
Click to expand...