would a two stroke run on straight WD-40?

It seems crazy and I don't want to ruin an engine tested it myself obviously but something tells me it may be would? What do you guys think? I bet he would actually run real good on 50-50 WD-40 and gas but again I'm not going to ruin an engine just to test my zany hypothesis here, and I can't recommend in good faith that you do either lol

Probably not, 2 stroke oil is designed to lube at high heat and be carried through the fuel and left after the burn to lube up the motor. WD-40 might burn away completely and leave nothing to oil the piston or due to the heat might also not be able to lube the piston well enough. Both would cause engine seizing.

Not to mention the cost would probably be more than just a gallon and a bit of 2S oil.

My brother soaked his skateboard bearings in WD40 because a friend told him it'll make his skateboard faster. It did...for a little bit. Turns out WD40 is great for removing any and all grease and the bearings overheated and blew up. He went back to bearing grease.

No on the wd 40. It's a solvent and would fry the motor muey rapido. It's good for breaking nuts too, Just ask my X.
N

CrazyDan said:
My brother soaked his skateboard bearings in WD40 because a friend told him it'll make his skateboard faster. It did...for a little bit. Turns out WD40 is great for removing any and all grease and the bearings overheated and blew up. He went back to bearing grease.
Click to expand...

that makes sense, because WD40 is low in high viscosity oil let alone grease, so it lacks staying power. that's why it works as lube for some things and does pretty good as penetrating oil & for dissolving grease that's gone all crusty and lost its lubricity, but it doesn't have staying power, especially under heat and pressure

in fact wd40 seems to have about the same characteristics as 18:1 premix for lubricating chains, bearings, etc...

anyway, to be clear, I'm not advocating using wd40 as a fuel or fuel additive. there's no advantage; only the novelty of it

still, I think it would work in terms of lubricity, because it's no thinner than a very rich premix, and rich enough premix is said to run even with random, off purpose, crappy oil. (word on the forums is that's how these engines are usually run in the domestic Chinese market)

I'm not sure if it would foul the plug, or knock, or even ignite though... thoughts?
N

gary55 said:
No on the wd 40. It's a solvent and would fry the motor muey rapido. It's good for breaking nuts too, Just ask my X.
Click to expand...

gasoline's an even better solvent... the strongest solvents in wd40 are gonna be things like acetone, xylene &/or toluene, which are also present in gasoline

I will advocate not using wd 40 to fuel a 2 stroke engine as in no no no. If anyone seriously thinks it is a viable sub. I urge you to try it out in your engine, and get back to us with a copy of your parts list.

I would say NO WAY! and dough't that the combustion range heat wise is the same.

I have seen it trash a nail gun. Just imagine what it would do with the added heat of combustion. Well we ran out of air tool oil so we used wd40 is what they would say as they headed to the repair shop to get the seals replaced.

NASA came up with WD-40 to de-ice the space shuttles main fuel tank.

WD stands for "water displacing" and its main use is as a solvent or rust dissolver.
The lubricant-like properties of WD-40 do NOT come from WD itself, but from dissolving what lube was already there, and the effect doesn't last.

And don't forget the price, $28 a gallon at home depot. 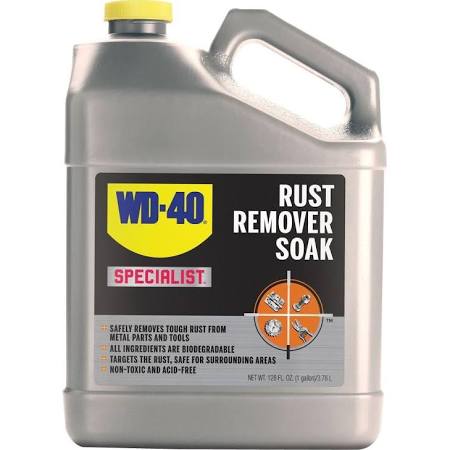