Engine Trouble Got a replacement yd100... and it kinda sucks.

My old engine (from a zeda 100 kit) blew the wrist pin clip, so I ordered a new YD100 from bgfmotors on ebay. Ported the cylinder as best I could, matched the gaskets and intake manifold, installed a 38t sprocket just to find out it has WAY lower compression. With my other engine you could hardly pedal the damn bike when you're trying to start it. The first time I tried starting it I was sure that I installed something wrong, and didn't even think the engine would start with that low of compression. I took the head off and did some tweaking.. it's a bit better now but it's still way under what my original was right out of the box. I never even took off the cylinder.

A few other things concerned be about the engine: the rod was marked AF80 (original marked YD100). The clutch cover has a damn hole in it. It has the pencil eraser looking clutch pads (original had white ones). There was a stiff spot when you turned over the crankshaft (rubbing bearing?). It makes a pretty loud rattle noise. It came with a 12mm wrist pin when my old one had 10mm.

Thoughts on this? The engine doesn't necessarily run bad, just seems like it's down on power because of the compression. I actually specifically bought from bgf because they accept returns... might prove to be a smart move.

What's the diameter of the piston? I have 66/80cc engines that have more torque than some of these 100cc engines!

mony0_3 said:
What's the diameter of the piston?
Click to expand...

It's advertised as 50mm.

Have AF80 rod and 12mm pin on a 110cc engine but it has steel sleeve and is a piece of crap! Also, it has 52mm piston and I thought it would have lots of torque.

Just get a steel sleeve 100cc from CDH, I'm loving mine. Way more torque than a yd-100. An hearty enough of an engine to run a nitropropane ( rocket fuel) mix through. CDH has returns too, and great customer support. I've been buying motors from them for years and never any problems. If something was broke, they usually just made me take pictures and sent me a new one.

Isn't that an upgrade kit for the two piece cylinder/head?

noah9988 said:
Isn't that an upgrade kit for the two piece cylinder/head?
Click to expand...

They also sell them as a whole engine. Cheaper to buy a whole 100cc than buy bottoms and jugs.

Karl Snarl said:
They also sell them as a whole engine. Cheaper to buy a whole 100cc than buy bottoms and jugs.
Click to expand...

Can you link one? 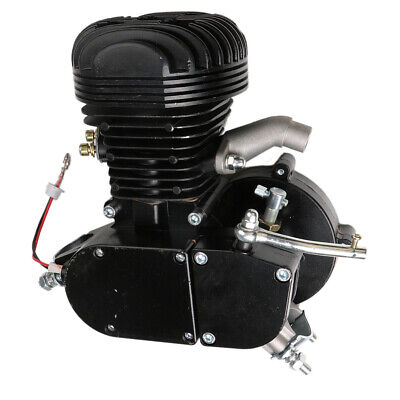 
they will haggle( wheel and deal) with you. Tell them you seen it on the forums, might give you a discount.

That's interesting... I didn't know they made 100cc engines with the two piece cylinder and head. Does it use the same head as the 80cc because I can't find any that are specifically for 100cc engines.