Still my same bike but my first thread is so old and it's come quite a ways since I first put it together, so I wanted to start over with a clean fresh new thread.

Here's my current build, based on a 1997 Gary Fisher Mamba. 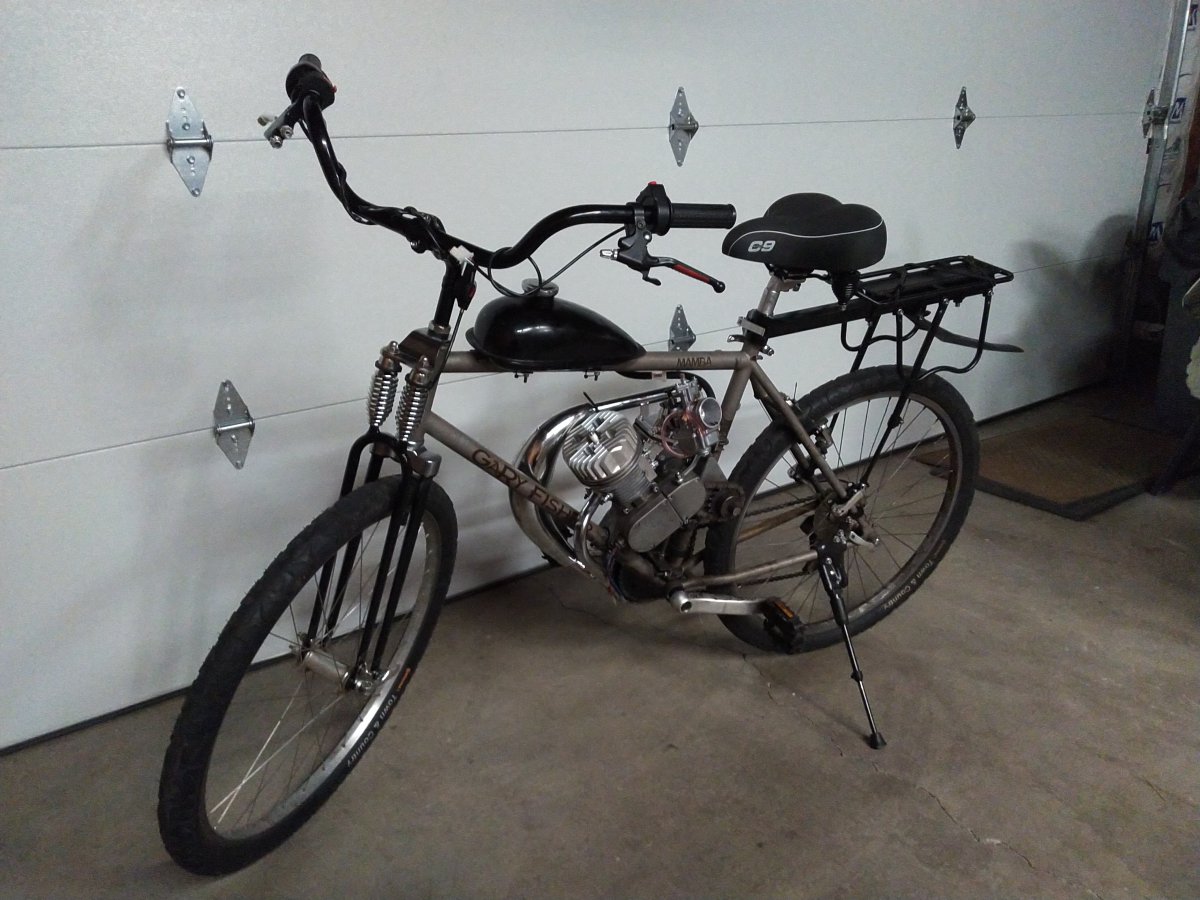 Here's how she used to look:

And here's what started the change:

After this happened, one thing led to another, and, well...here she is.

To get it running
-Make cables; the new bars are a lot taller and further out than the factory flat bars, and the NT throttle cable wouldn't fit the OKO. Will be using Jagwire compressionless housing for most everything.
-Lace new hub into front wheel...debating whether to attempt it myself or just pay my local bike shop.
-Wire up CDI

Once it's running
-Lights and horn
--I have a whole setup ready to go on (low-beam and high-beam headlights, taillight with brake light, horn, tach, plus handlebar switches for all of it), but I'm trying to figure out how to keep it charged. Ordered a little 12V DC motor to mess around with and see if I can turn it into a usable dynamo, but may just wire everything up as total-loss in the meantime.
-Sturmey Archer rear hub
--The 7-speed isn't really doing it for me; half the gears are useless because the ratios are so close together, and I've been left stranded a number of times after a goofy shift made the chain come off and tie itself in knots (if I was lucky) or just snap a link (if I wasn't). With an IGH, I could have a more usable ratio spread, even if I have fewer gears, and I'd be able to run a stouter chain (and not have to worry about it ever falling off).
--Related to this, the rear rim brake doesn't exactly fill me with confidence either. As long as I'm replacing the hub, I may as well kill two birds with one stone by getting one with some form of hub brake. My frame doesn't have any mounts for a disc brake caliper, but Sturmey makes a 3-speed with a 90mm drum brake (model XL-RD3), which should be more than adequate, based on the research I've been doing.
--I also ordered this really awesome stick shifter.
-New tank, very possibly this one.
Click to expand...
C
Written by

DAMIEN1307 said:
I needed a few of those tiny little cable ferrules for some cables of mine that i had to cut to length...They go on the end of my disk brake cables that i cut to length...Got them for free from my local bike shop...are those the type of ferrules that your talking about ???...If they are, they are not hard to come by at all...bike shops have them...DAMIEN
Click to expand... 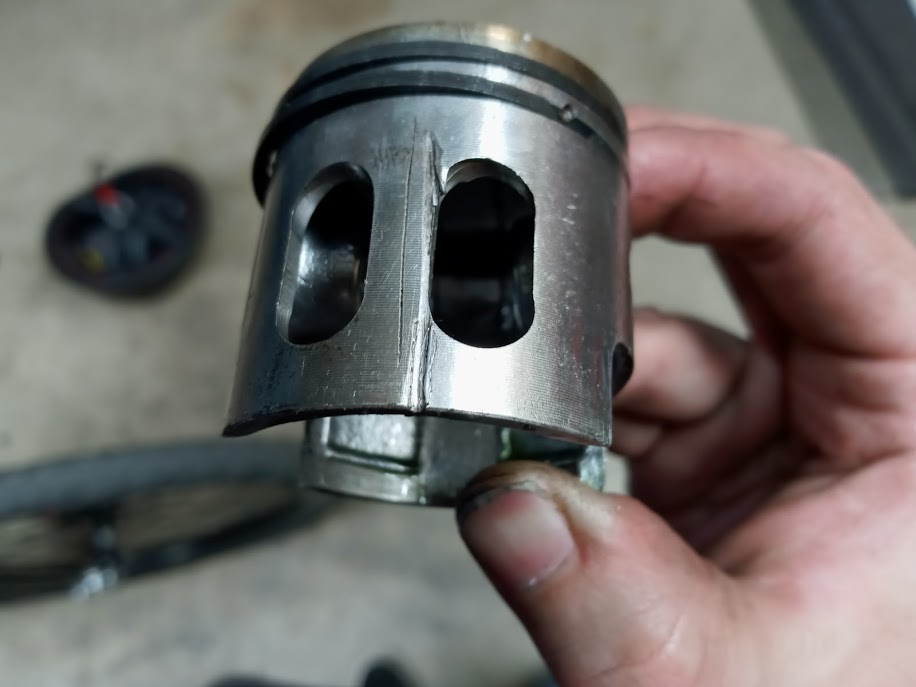 If you don't have a steady hand, you should never try to saw it.
C

Chainlube said:
If you don't have a steady hand, you should never try to saw it.
Click to expand...

Forgive my autism but I genuinely can't tell if you're joking or if you think I actually tried to hacksaw my piston.

Was that caused by the cir clip, or what happened and what shrapnel caused that?
C

Wrench said:
Was that caused by the cir clip, or what happened and what shrapnel caused that?
Click to expand...

Both circlips were still intact. Haven't torn down the bottom end yet to see what it was. May have been a little piece of the old circlip from the first time.

Captain Rainmaker said:
Forgive my autism but I genuinely can't tell if you're joking or if you think I actually tried to hacksaw my piston.
Click to expand...

Totally sarcasm, I know you weren't trying to saw your piston. But that could have been caused by a piece of casting flash that broke loose from the intake port.

can i put a sprocket on a disc brake bike?